Believe it or not, we’re just days away from the final episode of Game of Thrones.

And whether you bandwagon binged the whole series last month, or you’ve been with this story from the day George R.R. Martin introduced readers to the richly rendered world of Westeros way back in 1996, the fact remains that television events don’t get much bigger than this.

TV critics and pop culture commentators have speculated that this might be the last time that so many join together to experience a scripted series unfold — watching in real time, obsessing over details, and of course, arguing over divisive storylines and character arcs.

If you’re a fan of the show and you spend any time at all on social media, then you’re probably aware that there’s been a tremendous amount of debate over some of the choices made by showrunners D.B. Weiss and David Benioff in recent episodes.

On Sunday night, fans watched in horror, as the formerly-beloved Queen Daenerys Targaryen became the series’ greatest villain, carving a path of destruction with her last remaining dragon and torching untold thousands of villagers in the process.

In seasons past, the penultimate episode of Thrones has been the most eventful, with the season finale devoted to tying up loose plot strands and setting the stage for things to come.

But you can bet that will not be the case in the show’s very last episode.

So what can we expect now that Mad Queen Dany declared a decisive victory in the Last War with her literal scorched earth policy?

Well, as has been the case all season, HBO is giving us very little information in this newly-released trailer:

Remember when the Khaleesi said she doesn’t want to be queen of the ashes?

Oh, what a simpler time it was.

As she finally claims the Iron Throne, there’s little left of King’s Landing but rubble and a whole lot of traumatized peasants.

We’re guessing she hasn’t exactly won the hearts and minds of her new subjects, and at this point, Daenerys ruling uncontested is no one’s idea of a happy ending.

But who will challenge her after witnessing the devastation of her attack on the Red Keep?

Jon Snow is the obvious answer, but doesn’t that seem — well, a little too obvious?

For months now, Kit Harington — the actor who portrays Jon/Aegon — has been promising fans an ending that no one could have predicted.

We hope he hasn’t been leading us astray.

For some fans, a shocking, last-second twist is the only thing that could save this rather uneven final season. 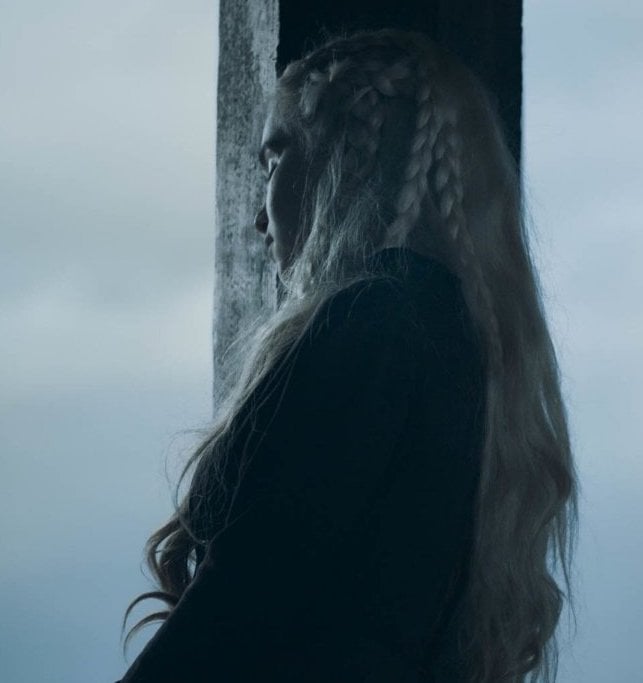 Game of Thrones Spoilers: Is This Really How It Ends?