Few figures in the comedy world are as divisive as Amy Schumer.

Which is surprising, as it’s not like she got busted being super gross like Louis C.K. or gleefully recounted tales of filling her sister’s vadge with pebbles, like Lena Dunham.

Schumer doesn’t shy away from politics, but she also doesn’t delight in shock value or any type of extremism.

In fact, by 2019 standards, her comedy is pretty tame — so those who prematurely made up their minds to dislike her mostly focus on the events of her personal life.

Schumer gave birth to her first child earlier this month, and while the response from her fans has been mostly congratulatory, a handful of trolls have been doing their best to spoil the fun.

First, Schumer was attacked for her name selection (Sure, maybe Gene wouldn’t have been our first choice, but it’s not like she named the kid after one of the weirder books in the Bible.), and now she’s being subjected to old-fashioned, hateful mom-shaming.

On social media, however, the reaction was quite different.

“Already???? That’s insane!!! And inhumane. Contract or not you need to be allowed at least six weeks for maternity,” wrote one of Schumer’s followers.

“Ugh why are you working so soon?!” a second commenter echoed.

“Our bodies need time to rest and our babies crave us because all they have known is us,” added another, less troll-y Instagram user.

“It’s the fourth trimester, I hope you don’t have to work anymore. Take this time to bond and heal and settle into this new avenue in life! You’ll have the rest of your life to work and this new time with your little one won’t happen again.”

“Like, I can still smell your placenta,” another commenter joked (we hope). “Take a damn break FFS.”

Thankfully, other followers were far more encouraging and helped to push back against the tidal wave of mom-shaming.

“You can’t keep a good woman down!” wrote one supporter.

“This just in: Woman gives birth, then within weeks leaves the house and stands up for 30 mins. surrounded by friends making people laugh. The horror. Call CPS,” another remarked.

Fortunately, Schumer came up in the rough-and-tumble world of New York standup, so we’re sure she’s accustomed to far more biting (not to mention clever) insults.

But even so, it’s 2019, y’all — can we please put an end to dissecting strangers’ relationships with their children? 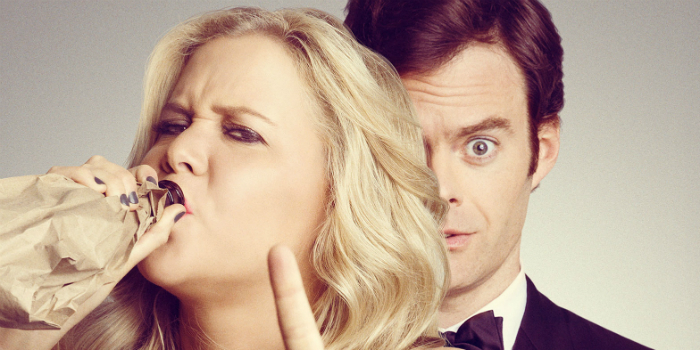