Last week, we reported that Ronnie Ortiz-Magro has completed rehab after undergoing 30 days of treatment for alcoholism and depression.

The troubled Jersey Shore star says he’s happier and healthier than ever now that he’s addressed his issues.

And he says he owes it all to his best frenemy, Mike Sorrentino.

As you may recall, Sorrentino is currently behind bars on tax evasion charges.

But apparently, Ronnie was inspired by the manner in which Mike turned his troubled life around in the years before his sentence.

“Mike definitely pushed me to get healthy. Just him being around was definitely an inspiration,” Ronnie told Us Weekly in a recent interview.

Ronnie says he still communicates with Mike on a daily basis via email.

“He was just like, ‘I’m proud of you … I’m glad that you finally got to your point,’” Ronnie said of the conversation in which he informed Mike of his sobriety.

“He’s like, ‘People can try to push you and force you to do things that you want, but that’s not the way you get someone to do it. You have to want to do it.’”

Of course, Rahn wouldn’t be Rahn if he didn’t slip in a good-natured joke at Mike’s expense.

“We talk every day through email,” Ronnie said of Mike.

“He’s doing great. He still has his positive attitude. He still sounds like he swallowed a book of poetry.”

Magro went on to say that he attributes much of his erratic behavior on Shore to his struggles with alcohol and depression.

And it was Mike who helped him to recognize the nature of his problem:

“When you’re the way I was – just depressed, always angry, resentful and just regretful was a big thing – you look at him and you’re like, ‘I want that. I want to be positive,’" Ronnie says.

As for Ronnie’s troubled relationship with Jen Harley, it seems the couple is still trying to make it work — although Ronnie seems resigned to the fact that there may be a breakup in his near future.

“She’s always going to be the mother of my child, at the end of the day,” he told Us.

“All I can do is control myself and the things that I do.

"At the end of the day, I want to be the best father that I can be, and that means that I have to take care of myself.  I can’t control her."

In conclusion, Ronnie says that he hopes he can inspire others in the way that The Situation inspired him:

“I hope that it encourages a lot of people, whether it’s her or people in my family, or my friends,” he said.

“I don’t want to be this person that’s this angry and resentful and just has so many regrets.”

Clearly, Ronnie and Mike have come a long way since the days of their occasionally ugly roast battles. 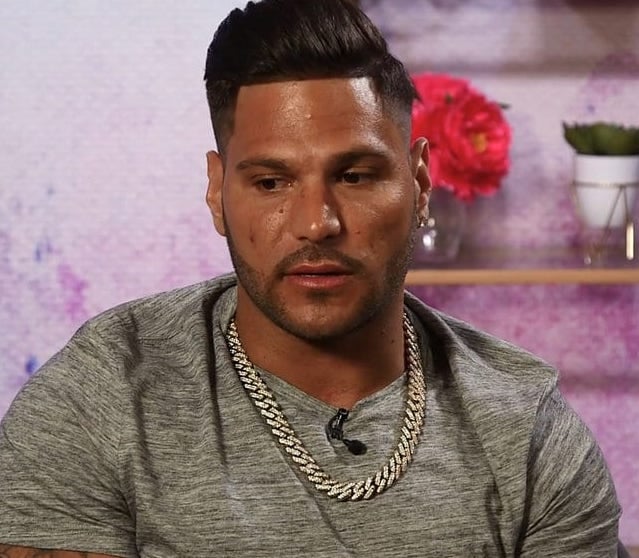