We never would have imagined Pete Davidson to move on as quick as he did (or at all) after splitting from Ariana Grande.

And we never would have imagined Ariana to give him a big thumbs up for doing it.

But, the comedian has picked up a new woman and as for Ari, she’s totally cool with it.

Of course, the pop princess is going to keep a sweet face when asked about her ex-fiance and his new girl Kate Beckinsale, but her response was totally not what we expected.

Ari was out last night in Culver City, California when a paparazzi member from TMZ asked her what she thought of the new couple, to which she yelled "so cute!" while walking away.

And even though it was a completely mature answer, there’s no way she meant it. Right?

But according to Us Weekly, the 7 Rings singer is actually cool with it. "Ariana isn’t bothered at all," says a source.

I mean really? You were engaged to be married to the man and only called it off about 4 months ago.

Either way, I think we are all a little skeptical of her chillness and also a little impressed.

If you are wondering who the hell Kate Beckinsale is, well she’s a British actress. And her and Pete were first spotted together at a Golden Globes after-party and eventually, the two left together. Apparently, "Pete is perfectly Kate’s type," according to an insider at the party.

The two were seen once again after leaving Pete’s comedy show in Los Angeles and this time they were hand-in-hand.

Making it their first official public outing as a pair.

And while Pete is busy proving to the world that he is officially over Ari, she has bigger fish to fry.

The Florida native was set to perform this Sunday night on the Grammy stage. However, early this week she announced she would no longer be performing due to the producers telling her she can’t play her hit 7 rings because of alleged lyric-stealing.

Producer Ken Ehrlich, however, told the Associated Press that she would not be performing due to unpreparedness, saying "Ariana felt it was too late for her to pull something together" for the show.

Ari quickly clapped back on Twitter stating "i can pull together a performance over night and you know that, Ken. It was when my creativity & self-expression was stifled by you, that I decided not to attend."

She’s still up for two awards on Sunday: best pop vocal album for Sweetener and best pop solo performance for God Is A Woman. And she wishes the best for the show and to her fellow artists, even though she will most likely be watching at home on her couch with her pig.

Honestly, that sounds just as glamorous.

In more uplifting news for America’s sweetheart, The thank you, next album drops at midnight.

Which the singer admits to Billboard was the product of a lot of "feminine energy and champagne and music and laughter and crying,"

And we are all ready for the fire that is to come. 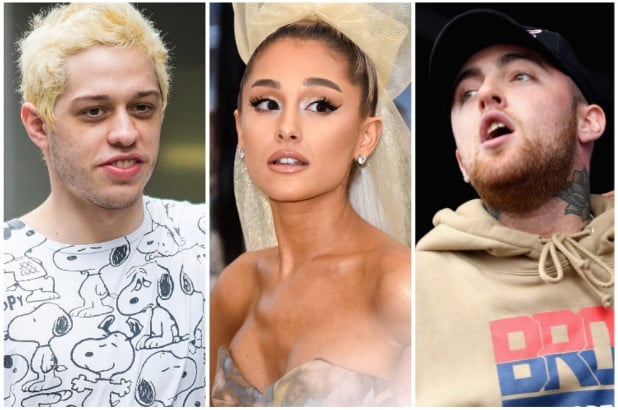