Amber Portwood has teased fans with her desire to leave Teen Mom.

Thankfully, she opted to stay on the show — which is right where fans want her.

Part the reason they like having her on the show is that it means seeing more of her adorable baby, as seen in this cute pic.

"Everytime I see his little smile it makes me miss my Booboo so much!" Amber gushes alongside a photo of baby James.

"I’m in California but Indiana dreaming," she writes.

Amber, of course, has two children — and Leah is 10 years old.

Amber continues, writing that she is "such a proud mommy of 2 amazing and intelligent children."

It’s only natural that, no matter how cute one child or the other may be, Amber would miss both of her children.

Her recent photos has shared that she, Andrew, and baby James are in California at the moment.

Sometimes, even parents who share custody of a child have to make difficult decisions about spending time away from one child or another.

But Amber is making it very clear that she loves both of her little ones.

Amber opened up recently about how, after much consideration, she has resolved to stay with Teen Mom.

"I’ve been with this franchise for 10 years now," she notes.

"It’s such a long time," she admits. "And I don’t want to see the show go down like that."

"I want to amp it up a bit more,” she expresses.

“I just want to keep helping people with what I’ve been through," Amber says. "What I’m going through,"

She concludes: "and how we can come out on the other side."

Fans and viewers have been following Amber’s exploits for a long time.

At first, she was with her first baby daddy, Gary Shirley.

Things with that couple were so downright toxic that Amber ended up spending some time behind bars.

She got out and got better.

For a while, Amber was with Matt Baier.

That relationship had a lot of fans worried, and they were relieved when they finally broke up.

Amber left Matt — and went right into the arms of Andrew Glennon.

When we say that she went right into Andrew’s arms, we mean that almost literally.

Andrew was working on the counseling show when Amber and Matt split.

He was there to comfort her, which made some of her fans initially wary.

Had he taken advantage of her in a moment of weakness, or was he just being comforting when she needed it?

It has since become clear that these two do really well together.

And they welcomed their baby boy into the world!

Amber Portwood has a troubled and sometimes problematic history.

It is amazing and inspiring for fans to see her personal growth as a person and as a mother.

That is why fans are happy to have her around for the next season.

Though, as we mentioned, they’re also over the moon over baby James.

Almost as much as Amber herself is. 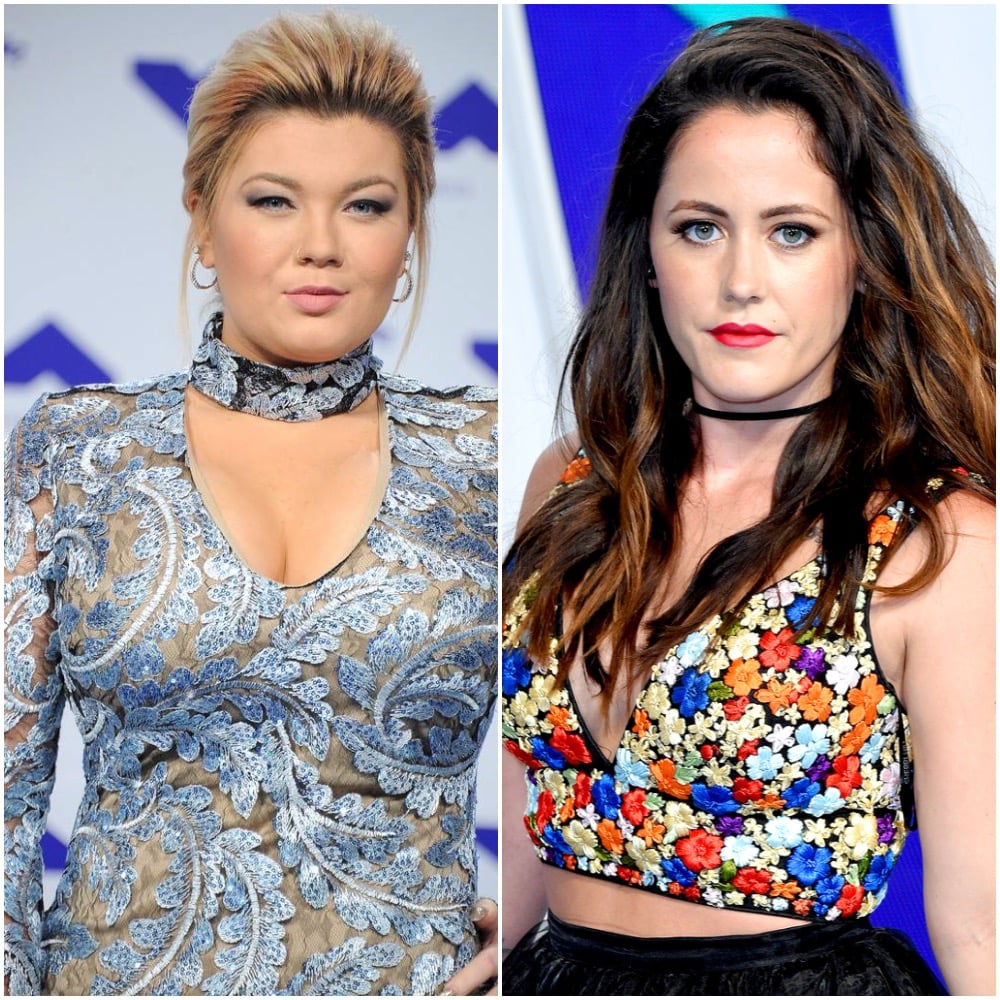 Amber Portwood to Jenelle Evans: I Made You, B-tch! [UPDATED]