At The Real Housewives of Orange County‘s reunion special, Shannon Beador was exposed for having a secret boyfriend.

Apparently, she was less than honest about her claims that she wouldn’t know her ex’s new girlfriend, Lesley Cook, if she bumped into her on the street.

A report says that the women have had multiple encounters, and that Shannon was all kinds of awkward.

RadarOnline reports that Shannon’s claim that she wouldn’t even recognize David’s girlfriend is totally bogus.

"Shannon’s had several very close encounters with Lesley," the insider insists. "And she knows it."

"Aside from running into her while shopping," the source claims. "Shannon also recently attended a USC football game — and David and Lesley were also there."

First of all, they’ve run into each other while shopping?

There are 3.19 million people in Orange County, California.

Anyway, back to the football game incident, which sounds less avoidable if you just love sports and a particular team.

"Although she did not walk up and say hello," the insider says of Shannon at the USC game.

"Shannon could not take her eyes off David and Lesley," the source claims.

That is pretty understandable, though the report makes it sound almost comical.

The insider says: "She must have walked circles around them 10 times!"

"Although Shannon’s daughters love their mom and want what is best for her," the source begins.

The insider continues: "they also feel the same about their father."

"They think it is wonderful to see their father happy," the source asserts.

"Because," the insider explains, they believe that "he deserves that."

"They do not take sides," the source continues about the Beador girls.

"But they are also not fake with their feelings," the insider says.

"The girls are very fond of Lesley and her kids," the source concludes.

We should absolutely acknowledge that this inside source sounds like David and Lesley have them wrapped around their little finger.

In fact, if the source isn’t one of them, it sounds like it’s a friend of theirs, or at least someone very sympathetic towards them.

(But hey, it could always just be someone who doesn’t like Shannon)

We like that the report is very nice to the Beador girls, who are all minors and do not deserve to be dragged into their parents’ drama.

But that does make it look even more like this alleged source is someone very close to David.

The fact that they were running into each other while shopping is so odd, right?

Even if you narrow things down to exclusive, pricey stores … they have to have enough options for where to shop, right?

Most normal couples, when they split, have at least one partner (if not both) change some shopping habits.

it’s deliberate, because you want to avoid each other, but also, you’ve both just moved.

Is it possible that one of them or the other was trying to run into the other?

Just thinking about this is giving us a headache.

Neither Shannon nor Lesley are young enough to be playing games like this. 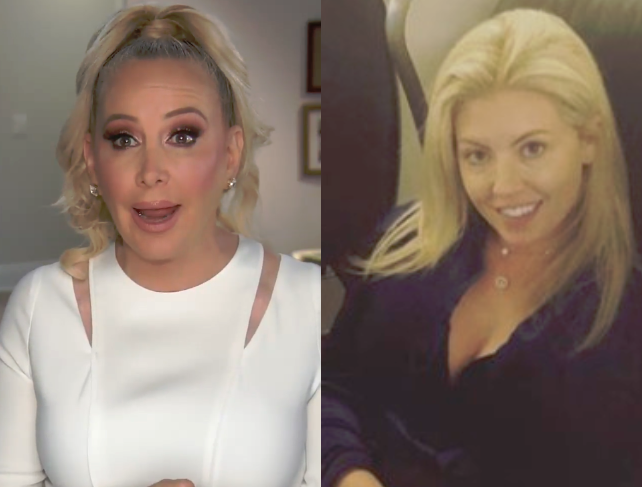