The Duggar family is in Central America, getting dragged for being nuts. But that’s not what has the attention of fans.

Followers of the infamous family have noticed that Michelle looks very different.

Has she lost weight — or is she, as some fans fear, severely ill?

The Duggars have been posting photos from their trip down south.

Michelle’s face has looked noticeably different — more so than some added tanning could explain.

This has some fans and followers worried.

Others were less concerned.

"Michelle looks like she has lost quite a bit of weight," another commenter observed.

That same commenter continued: "Good for her. Wish I could."

This same person admitted: "I didn’t realize it was Michelle at first."

When people’s appearances change suddenly, it can be jarring for fans who only see them in social media posts.

"You can see in her face she lost weight," that person concluded. "She looks great!"

Other fans were more direct with their praise.

Several years ago, Michelle spoke out about body image.

While she’s not going to win any feminist-of-the-year awards, she made some solid points.

For all but two people on the planet, she was exactly right.

"Every girl struggles with, ‘Oh, I wish I looked like that or I wish my hair was like that,’" she admitted.

"We go back to the point of who you are and how God made you," she said. "You’re not your sister."

For Michelle, it’s all viewed through the lens of her faith: "It’s all about being who God wants YOU to be."

Of course, the Duggar family isn’t the kind who purposefully show off their post-baby bodies.

At least, that’s not how Michelle raised them to be.

"Our interpretation [of modesty is] that from the neck down to the knee should be covered," Michelle has explained.

"By keeping those private areas covered," she claimed. "There’s not any ‘defrauding’ going on."

That’s an extremely silly word choice, which she explains.

"My kids are taught the definition of defrauding as stirring up desires that cannot be righteously fulfilled," Michelle said.

Absurd. Other people’s desires are their business and no one else’s.

She concluded: "We don’t believe in defrauding others by the way we dress."

… Her words about respecting your body for its appearance were pretty wise.

She frames her version of body positivity through her specific religious beliefs, of course, but that is perfectly okay.

So, is Michelle deliberately making an effort to lose weight now that she’s no longer a baby-factory?

Is she under the weather and losing weight because of that?

Sometimes, that happens on vacations.

But sometimes people just drop a lot of water weight when they’re abroad, especially if they are spending a lot of time in warm temperatures.

Maybe Michelle will explain. But if she doesn’t, that’s fine. 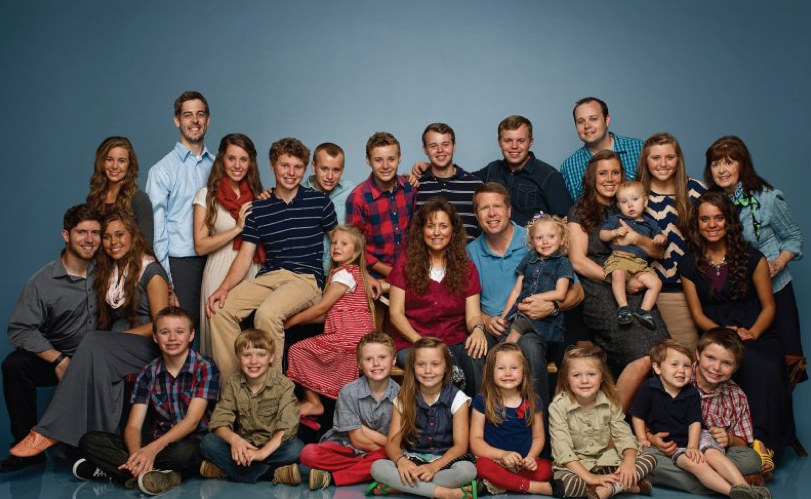 The Duggars: Do Jim Bob & Michelle’s Kids Have Any Friends?