It’s only been a month since Jinger Duggar gave birth to her first child with husband Jeremy Vuolo.

Jeremy shared a new photo of his wife, just weeks after she gave birth.

And fans are raving about Jinger’s incredible post-baby body! Take a look:

Jeremy and Jinger have explained the reason they named their baby Felicity.

And no, it’s not because they’re both big Keri Russell fans (though more than one of us here at THG has made that joke).

They just like the name, like its meaning, and felt that it fit their baby girl. It’s a good name.

But while so much focus has been directed at the couple’s first child, Jeremy’s new photo features only Jinger.

He captioned the pic "Summer Saturdays," but Jinger’s post-baby body is stealing everyone’s breath away.

Jinger looks great! And the compliments came pouring in.

"Jeremy, just fyi…a lot of women don’t bounce back like that!!" adds another fan who wanted to let Jeremy know just how lucky he is. "She’s stunning!!!"

(What Baby is a fan nickname for Avengers: Age of Ultron, but in this case, fans are just expressing amazement at Jinger’s body)

Though Jeremy and Jinger have been parent-shamed for letting their newborn stare at computer screens, these comments were full of praise.

"Congratulations on baby Felicity," gushes a fan. "She is the most beautiful baby ever and I look forward to seeing more pictures ever I get so excited when I see a picture."

Well, then Instagram is the right place for them to be.

"She looks great since the baby," another fan writes simply. "Congratulations"

"I think the backlash that comes from your posts is so ridiculous," another fan laments. "My husband tells me all the time I get prettier as I get older. Best compliment ever."

"Jinger looks amazing!" yet another fan proclaims. "Both of your girls are BEAUTIFUL!"

That said, not everyone’s comments were filled with priase.

"It’s like 200 degrees where you live," one person commented. "I can’t imagine long sleeves."

Some folks can barely stand wearing long sleeves in the winter.

"I still think it’s an old picture," suggested someone else, who doubts that this is Jinger’s real post-baby body.

It is always possible that post-baby body photos date back to before a pregnancy, but … when it comes to Jinger and Jeremy, it’s hard to see their motive.

That is something that you’d only expect to see from someone who has built their brand upon their body, in terms of physical fitness or sex appeal or both.

That is a far cry from Jinger, whose brand largely consists of her parents’ fundamentalist beliefs that treat her as property whose purpose is to produce more children with the same beliefs.

We are very much inclined to believe that this is a genuine, recent photo of Jinger and that fans are seeing her post-baby body in this photo.

She looks great. She’s also young, which can really help a person recover from pregnancy a little faster than they might a few years later. 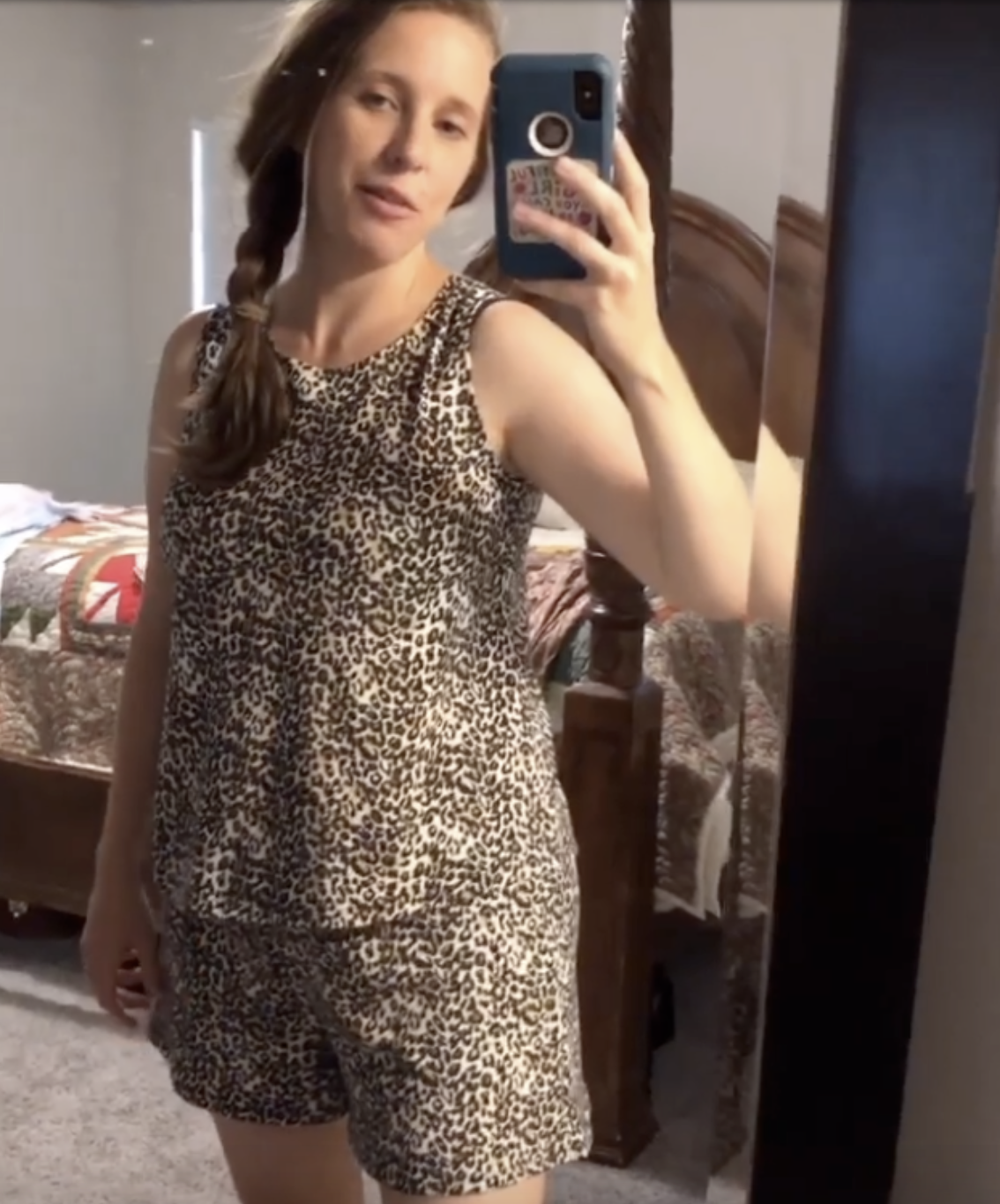