As the weeks go by, more and more Duggar fans are convinced that Joy-Anna is already pregnant again.

Gideon is still a baby, but fans have a lot of reasons to believe that he’ll soon be a big brother.

Now, Joy-Anna has responded to that fan theory. Take a look:

One Duggar fan commented on Instagram with a theory: "I think Joy is pregnant."

That’s a bold statement to make if you don’t know for sure.

Understandably, a lot of women would take offense if they were mistaken for being pregnant.

If Joy was offended, she did not let it show.

To make it clear that she showed no ill will, Joy included a winking smiley face emoticon.

Looking at this Thanksgiving photo of Joy-Anna, we don’t think that she looks pregnant.

(It doesn’t even look like she "ate too much," though there’s no such thing as too much food on Thanksgiving anyway)

It may be that some Duggar fans are simply accustomed to other reality stars shedding their baby weight within a few months of giving birth.

In real life, many women never lose all of the baby weight that they packed on. That’s how the human body usually works.

But Joy-Anna doesn’t look like she’s packing weight around her mid-section.

If anything, she looks like she’s "hiding" her belly with her hair and how she’s standing.

Perhaps some fans saw her and figured that she was trying to hide a baby bump.

But there is another explanation for these theories.

Maybe the Duggar fans are just so accustomed to new pregnancies that they’re seeing them when they don’t exist.

It can happen to any fans, and they don’t do it deliberately.

If a star hasn’t had a story about them lately, sometimes fans will start wondering if they’re keeping one a secret and may try to guess what it is.

Say what you will about fertility cults, but they make for fascinating television.

Famously, the couple resolved to allow divine providence to control how many children they had.

It appears that Joy-Anna and Austin, like so many of Joy’s siblings, are exercising a little more control rather than leaving reproduction to fate.

That said, they did indicate that they were following in Joy’s parents’ footsteps.

"We love kids and we’re excited to have a family," the couple said before their wedding. "We’re just going to see what the Lord does."

"We want as many as the Lord thinks we can handle and we are putting it into his hands," Joy added.

It may be that Austin and Joy-Anna are saying one thing and doing another.

Their fans are probably expecting more children and soon because of how quickly Joy became pregnant, and also because of their statement about leaving things in God’s hands.

It is not difficult to imagine that, after one experience with pregnancy and now adjusting to life as a mother, Joy is leery about another pregnancy so soon.

For that matter, perhaps Austin is eager to focus on being there for Gideon before they expand their family any further.

That would certainly be wise.

If and when she is pregnant, she will tell us when she’s good and ready. 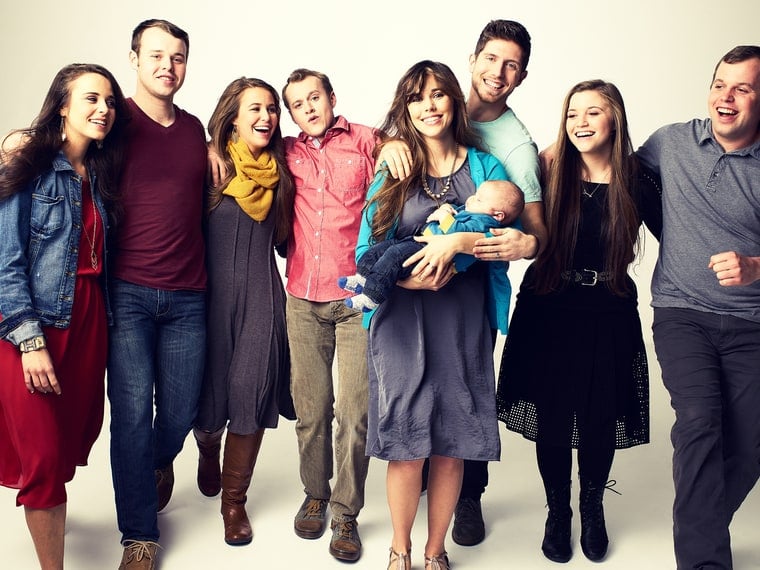