For most of Jersey Shore: Family Vacation Season 2, fans have been watching Ronnie get pounded on by girlfriend Jen Harley.

The two have a very unhealthy relationship.

On Thursday night, however, we were left to wonder whether this muscle-bound reality star stepped out on his violent baby mama …

… and pounded another woman.

With his penis. In her vagina.

At least that’s the storyline MTV led us to believe over the course over this hour-long debacle. But did he really cheat on Harley?!?

The situation to do so presented itself because Angelina brought along her friend Lindsay (aka "Jewish Barbie") for a night out in Jersey.

While Pauly D and Vinny most certainly seemed interested in this special guest, Jewish Barbie set her sights on Ronnie from the start.

That much was clear.

She made eyes at him. She Twerked for him. She joked about who’s bed she’d be sleeping in that night. She got Ronnie’s mojo going.

During these interactions, though, Ronnie was also texting/fighting with Harley, with whom he has a … contentious relationship.

They starting having issues when she sent him photos of his ex (possibly Sammi?) to show him how happy women were without him.

Harley also allegedly told Ronnie she was going to find another guy to raise their daughter … all over text message!

Ignoring Snooki’s advice to "pass [Jewish Barbie] off" to Pauly or Vinny, Ronnie decided to tell Lindsay that the group had a hot tub.

Obviously, this was the just the latest in a series of poor life decisions, and once they arrived there, the girls and guys mostly separated.

Upstairs, the girls played a game of "F-ck, Marry, Kill," where Lindsay revealed she was interested in banging Ronnie.

They were totally joking around, but when they realized Ronnie was actually considering hooking up with Jewish Barbie," they tried to talk him out of it.

"Women in hot tubs are Ronnie’s Kryptonite, okay?" The Situation told the camera. "When Jewish Barbie comes out in her bathing suit?"

"He will be left powerless."

Yup. That’s exactly what transpired. The Situation was 100 percent right about this situation …

As the episode came to a close and the credits rolled, Ronnie and Lindsay went to his room and he told her she could sleep in his bed.

“There goes my life,” he joked before the the episode faded to black.

Elsewhere this week… Snooki thought she was pregnant!

She got this idea in her head because she actually vomited after many days in a row of drinking.

"Nicole never throws up," JWOWW said in shock, leading her and her friend to assume Nicole was expecting.

So they ran out to get a pregnancy test.

"Me and Jionni are trying to have a baby, so maybe I’m pregnant!" Snooki said to the camera. "If it says no, I’m gonna be really upset. I really want a baby."

(Editor’s Note: Maybe you shouldn’t have been drinking SO hard if you were trying. Just saying/judging.) 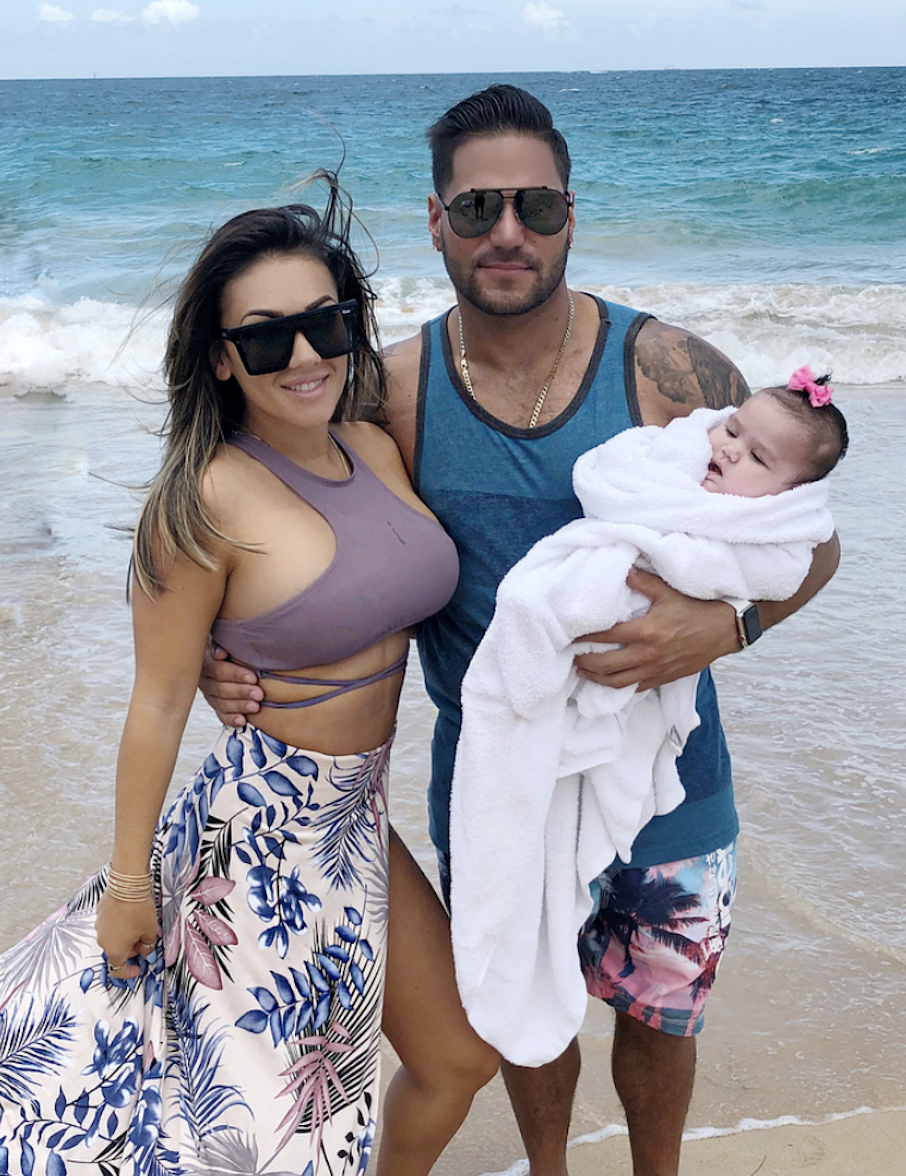 Ronnie Magro: Jen Harley Beat the Ever-Loving Crap Out of Me! AGAIN!

In the end, the test came back negative, and Snooki was bummed.

"Why did I throw up like that?" she wondered, apparently forgetting that she had been gulping down vodka seltzers for four days straight.

One of the great the mysteries of our time.