Saying that Amy Duggar isn’t quite like her more famous cousins would be putting it very mildly.

Amy is not nearly as strict in her religious views as the rest of the Duggars.

In fact, when she married Dillon King back in 2015 the couple allowed — gasp! — dancing and drinking at their wedding.

And of course, one of the biggest ways in which Amy’s views differ from those of her relatives is that she doesn’t share their belief that women are put on this planet for the sole purpose of procreating.

Sure, Jinger Duggar didn’t get pregnant for more than a year after she married Jeremy Vuolo, but Amy is putting that record to shame.

It’s been well over three years since Amy and Dillon got hitched, and still no baby news.

But according to a new report from Radar Online, that may be soon to change.

According to the site, Amy has been dropping subtle hints that she’s knocked up.

Fans have noticed that the 30-year-old has begun following such Instagram accounts as @Trendybabynames and @lollipopbabycamera, which bills itself as a “smart intelligent video-based baby monitor.”

But perhaps jumping to conclusions about what’s going on in Amy’s womb on the basis of her IG activity is … neither.

Thus far there’s been no official announcement, and the last time Amy spoke on the matter, she didn’t seem to be in any rush to start a family.

“I didn’t want to limit myself by just getting pregnant right off the bat and not exploring the rest of what my life could be,” Amy told Radar.

“When I have an announcement, I will make it and it will be amazing,” she added.

“But until that time, I’m just going to laugh and roll my eyes.”

Amy went on to say that she’d like to focus on opening her own business before becoming a mom:

“I want to be settled. I think it’s boutique, and then a baby,” she said.

Many fans took that comment as shade intended for her fertile cousins, but as you can probably tell, folks jump to conclusions about pretty much everything Amy says or does. 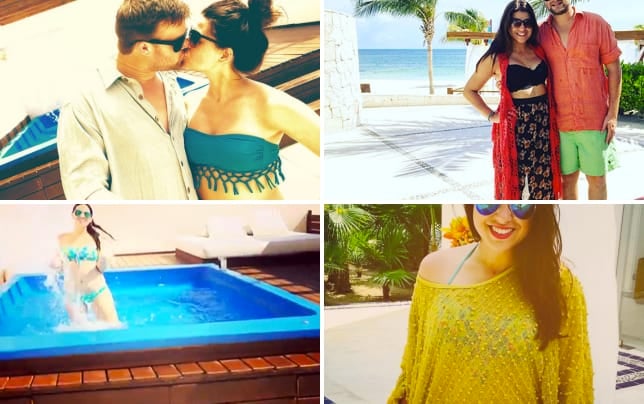