Catelynn Lowell and Tyler Baltierra have been the subject of divorce rumors for a long, long time.

From the very moment they finally got married, it seems.

This is for many reasons, and of course one of them is that gossip is just so much fun.

But another, much more significant one is that ever since we first saw Catelynn and Tyler on our televisions, they’ve had some major problems.

They also have some serious issues with their parents. Tyler’s father, Butch, had been a drug addict for decades before very recently getting clean, and Cate’s mother, April, was an alcoholic.

So when Butch and April got married, making Catelynn and Tyler step-siblings …

Yeah, there was a lot going on back then.

And when Catelynn got pregnant at 16 with a child they chose to place for adoption, something their parents strongly disagreed with, it didn’t exactly make things any easier.

In early seasons of Teen Mom OG, we saw the two break up and get back together several times over your typical teenage relationship issues.

After that, their problems became even worse.

Catelynn suffered from some pretty serious postpartum depression after having Nova, and things got so bad that she felt the need to check into a treatment center in Arizona for a few weeks.

She and Tyler struggled after that because he had a hard time understanding her depression, and since she dealt with it for so long, he began to wonder if he was part of the problem.

He told her that he couldn’t go on with things being as bad as they were, but thankfully it seemed like she began to feel better sometime last year.

So much better that they decided it was time to try for another child, and last fall, she became pregnant again.

Unfortunately, she had a miscarriage, and with the loss of the pregnancy, she began considering suicide.

She made the decision, fully supported by her husband, to go back to that rehab in Arizona, and she stayed there for six weeks working on her mental health.

But when she returned home, she quickly realized that things still weren’t right, and she went back for another six weeks — and that’s something Tyler obviously struggled with.

As we saw on last season’s finale of Teen Mom OG, he tried convincing her to deal with things this time at a local outpatient facility so she didn’t have to leave her family again.

She wasn’t willing to try that, and when he explained that their daughter had a tough time dealing with her absence last time, she simply said that “she’ll manage.”

In a heated talk with his sister, Tyler even said that he felt that maybe he and Catelynn weren’t right for each other anymore.

But all of that happened at the beginning of this year, and a lot has changed since then.

She and Tyler both seem very excited about the pregnancy … but, uh, what about all that talk about splitting up?

As Cate reveals in a new interview with Us Weekly, it’s still kind of a possibility.

“It’s not like we’re in the gutter or we’re getting a divorce like everybody says,” she explains.

“Couples go through ups and downs, just like any relationship, even friendships, family, you know, and it’s all about how you work through things.”

“What I went through put a lot of strain on a relationship,” she continues, “especially leaving him and him having to be a single dad for so long and running a business on his own.”

“I have a lot of sympathy for what I put him through. I think that’s put a lot of stress on our relationship.”

She adds that “Right now, we’re hitting a couple bumps that need to be worked through.”

But that’s not necessarily a bad thing!

“I feel like every couple goes through bumps in the road, especially as you’re growing up together like me and Ty have,” she says.

“I mean, we’ve been together 13 years now and married for three, so we’ve grown up together.”

“I feel like, as people, you grow up and you change in certain ways, and it’s all about learning how to process that with your significant other and how do you go from there or how you change things,” she concludes.

It sounds like Catelynn and Tyler aren’t in the best place right now, and like they’re definitely still working through everything that happened when she went to treatment.

But, on the bright side, it also sounds like they’re determined to get through it together — or at least she is.

Since they’ve got a new addition to their family coming in a few short months, let’s hope they manage to work things out. 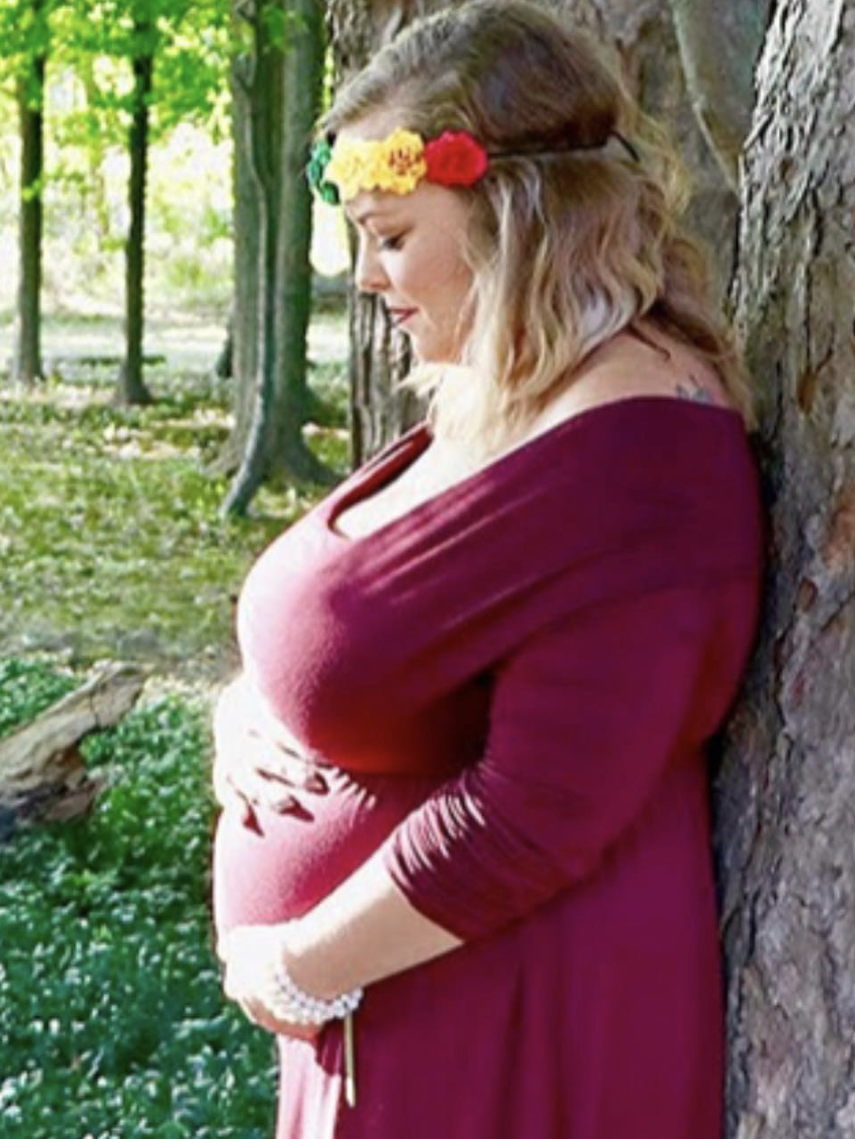