Jimmy Bennett has spoken out for the first time since his allegations of sexual assault against Asia Argento went public.

In a case that has received national attention, and about which the reporting has gone through a number of twists and turns, the 22-year old actor says Argento raped him back when he was 17 years old.

Bennett has known Argento since the two worked on a 2004 film together.

According to documents obtained by The New York Times, he claims that she plied him with alcohol and forced herself on him.

The allegedly took place inside a hotel room about five years ago.

He made this allegations several months ago because Argento was in the news for making her own rape allegations against Harvey Weinstein.

In response to the accusation, Argento paid Bennett a sum of $380,000.

However, she has said she was prompted to do so by then-boyfriend Anthony Bourdain in order to:

Argento has strongly denied having any sexual contact with Bennett, as you can see in her statement, above and below.

HOWEVER, a photo has since surfaced that appears to show Argento and Bennett in bed.

Moreover, there also appears to be a text message chain (down below) in which Argento admits to a friend that she slept with Bennett, while saying the actor initiated this interaction and has basically been obsessed with her ever since.

So that’s where we stand.

That’s the background to Bennett’s first statement on the confusing, disturbing scandal.

Many brave women and men have spoken out about their own experiences during the #MeToo movement, and I appreciate the bravery that it took for each and every one of them to take such a stand.

I did not initially speak out about my story because I chose to handle it in private with the person who wronged me.

My trauma resurfaced as she came out as a victim herself.

I have not made a public statement in the past days and hours because I was ashamed and afraid to be part of the public narrative.

I was underage when the event took place, and I tried to seek justice in a way that made sense to me at the time because I was not ready to deal with the ramifications of my story becoming public.

At the time I believed there was still a stigma to being in the situation as a male in our society.

I didn’t think that people would understand the event that took place from the eyes of a teenage boy.

I have had to overcome many adversities in my life, and this is another that I will deal with, in time.

I would like to move past this event in my life, and today I choose to move forward, no longer in silence.

Argento became a prominent leader of the #MeToo movement following her accusations against Weinstein.

(Dozens of other women have made similar accusations of assault against the producers in the days, weeks and months since.)

She was also in the news this summer after Bourdain tragically committed suicide.

“I am deeply shocked and hurt by having read news that is absolutely false. I have never had any sexual relationship with Bennett.”

In one of the texts below, though, Argento appears to write:

“I had sex with him it felt weird. I didn’t know he was a minor until the shakedown letter.”

You can read more of these text messages here: 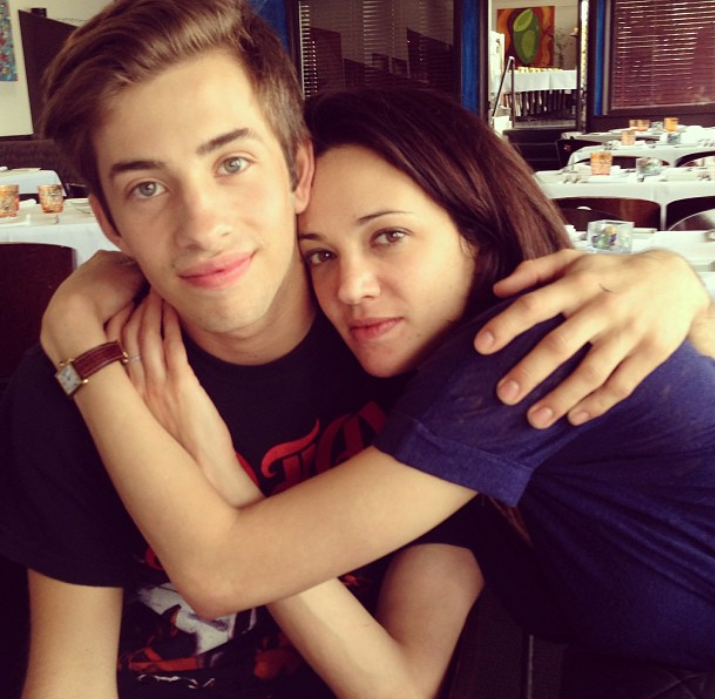