If you’re a fan of Jersey Shore, you had likely read all about it by this point.

Simply having knowledge of what went down this summer between Ronnie and his girlfriend/baby mama, Jen Harley, probably did not prepare you for what transpired on Thursday night.

Because… holy Hell. Things got ugly.

On the latest installment of this MTV hit, we witnessed Harley and Ronnie go at it after Ronnie threatened to leave the show because Jen was keeping his daughter, Ariana, away from him.

He was convinced to stick around by Pauly D and by a producer who actually appeared on camera, but he realized that something in this ugly back-and-forth with Harley had to give.

“I have to make a change for my daughter. We need some kind of guidelines and foundation to make sure that she’s all right at the end of the day,” he told his co-stars about heading to meet with a lawyer.

Ronnie’s friends obviously understood where he was coming from.

"Jen is controlling him and baiting him," Snooki said at one point. "You can’t take someone’s baby away, like, that’s not okay."

But he also remarks that he could see himself getting back together with Jen, prompting an all-time response by Pauly.

"You gotta be nuts! She was just holding a baby from you, that’s the beginning. You gotta stay away from this girl for a while,” The DJ yelled to his pal, adding:

“That’s crazy. You can’t reconcile with her, you can’t. At this point, you can’t anymore. Why would you want to be with somebody that would hold a baby from you and not tell you where it is?

"That’s unsafe. God forbid something happened to her, you wouldn’t know where the baby was. … You can’t be with someone like that. You’re better than that."

While Ronnie’s gone, Jen comes knocking… with a friend by her side.

She demands to know where Ronnie is and doesn’t believe the cast when they claim to have no idea.

Harley alleges that last night, he went “on a f-cking rampage, texting me every name in the book” in over 300 messages.

(Yes, this did really happen. Click below for proof.)

“Obviously someone’s with him, a producer or …” Jen says, looking around the room.

At this mention, a producer actually interrupts, reminding Jen that they’d told her he’d be back at a specific time later and suggesting that she leave and return then.

This appears to blows up her ruse: Jen knew he wasn’t home when she traveled to the hotel. Busted!

“That girl came to this room with an agenda, to tell her side of the story and paint this picture that Ronnie’s this animal,” Pauly says.

“Jen is gangster. She’s trying to play everybody. She’s not going to play me.”

But then $hit REALLY gets crazy…

After Ronnie comes home and says he feels better after talking with an attorney, the group goes out to dinner — but he remains at the hotel, bracing himself for a confrontation with Jen.

“Calm down,” he replies.

“No. I’m not gonna calm down. I don’t want to hear your whole f-cking bullsh-t story. … You’re calling me a f-cking whore? Motherf-cker?"

And then it was Ronnie’s turn to lose it:

“You’re driving me crazy! All you do is use that kid as a f-cking pawn!””

(This is where we remind people that Jen and Ronnie were parents to a newborn girl at the time this was filmed.)

A security guard intervenes at this juncture, only for Jen to lunge at Ronnie and the picture to fade to black.

And then, for the record, Harley did go to jail. 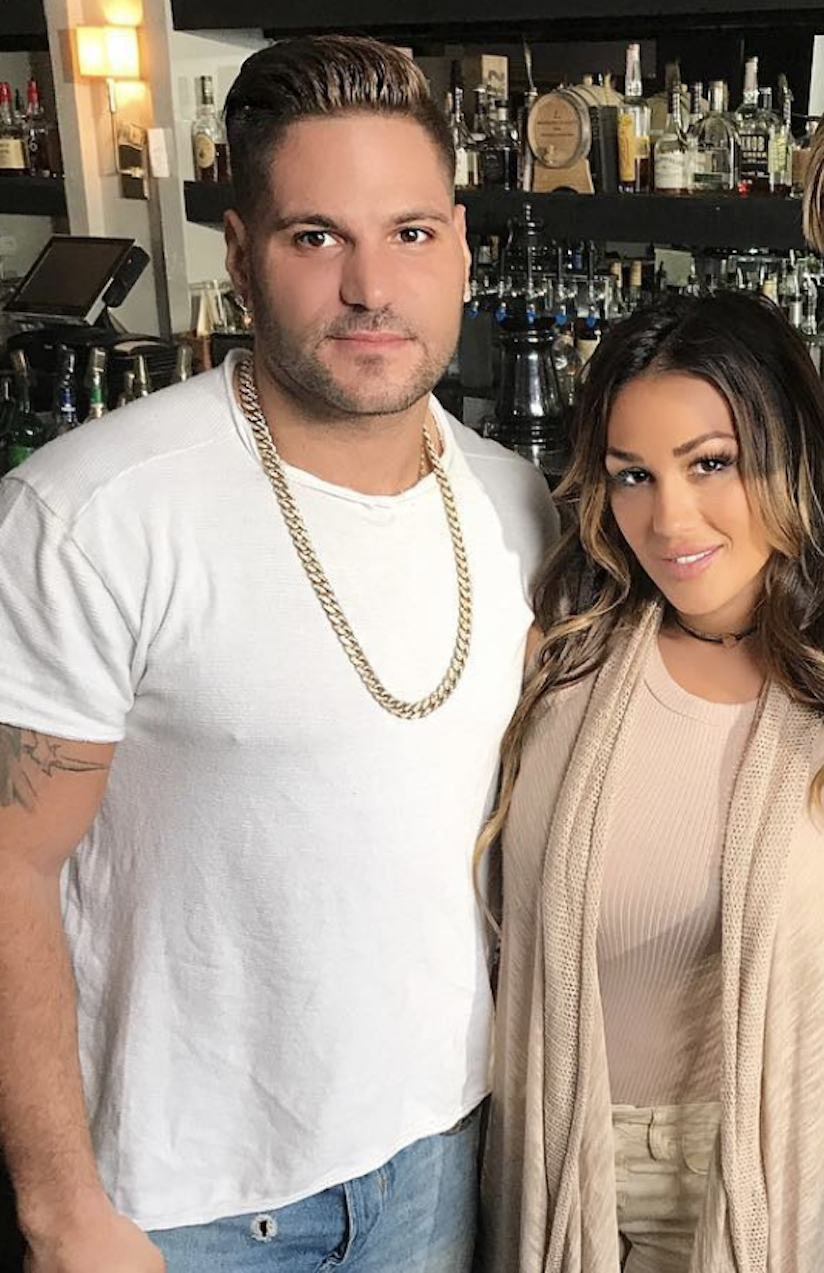 What do you think, viewers?

Was this the most explosive fight in the history of Jersey Shore?

Heck, in the history of reality television?

You can click on the video below and relive every vicious second now: