Ricky Reyes is a 33-year-old father who lives in Ohio. He has been sending money to the stunningly beautiful "Melissa" in Columbia.

Curiously, though Ricky had seen some gorgeous photos of "Melissa," their attempts to video chat had always seemed to fail.

A lot of 90 Day Fiance: Before The 90 Days fans believe that she is a catfish. Now, we finally know the truth.

Ricky is the first to admit that he is taken in by the good looks of "Melissa" even though they have never met.

"Obviously, man, she is fricken hot,” he gushed on camera. “I’m already in love with her. I’m infatuated."

"Her personality is awesome," he clarified, in case he sounded shallow. "The way we talk, she wants to strive to do something better. She wants to be a nurse."

Even then, he did lament that she doesn’t videochat with him — at least not without "mysterious" technical glitches.

The photos of her, however, were always hot.

Ricky, along with TLC’s cameras, flew down to Columbia so that they could finally meet in person.

They made arrangements to meet at a restaurant for their very first date.

Ricky, flowers in hand, made excuses for Melissa’s late arrival.

"In my experience, women take a while to get ready,” Ricky said. “I bet she’ll look hot as hell for me."

Fans had a number of theories. Some thought that he was being Catfished, for fun or for money or maybe a little of both.

Honestly, it might be weirder that Melissa showed up, looking exactly how she looks in the photos, two-and-a-half hours late.

But there she is, dressed up and looking outrageously beautiful.

From what we saw, it looks like she mostly smiled and let Ricky do the talking.

It may be that she’s not a catfish, but many fans believe that there’s something weird going on with this relationship.

Did Ricky lie to TLC and to viewers about the nature of his relationship with Melissa?

And it looks like these two aren’t as close to getting engaged as we expect from this show.

"Seriously as friends, I want to invite you to a luxury restaurant in Medellin, one of the best," Ricky wrote in Spanish, as translated by a redditor named MetallicPeacock27.

"Please think about it," Ricky, who was already at the restaurant, begged. "I promise you it’s like just friends. Thank you I promise that I am a respectful man."

So, maybe Ricky lied, maybe Melissa was just a little nervous — who can say?

Some think that Melissa showing up in person and smiling politely isn’t the same thing as proving that this was not a Catfish.

Think of it this way: if you were going to Catfish a guy, would you use some random model’s photos or, if you have the option, would you use pics from someone you know?

Some fans speculate that this person panicked when Ricky actually showed up in Columbia and had to convince and beg their friend, whose face they’ve been using, to keep the lie alive.

That would, these fans reason, explain why she was so very late showing up to dinner. And why she seemed to be just smiling and letting Ricky do the talking. 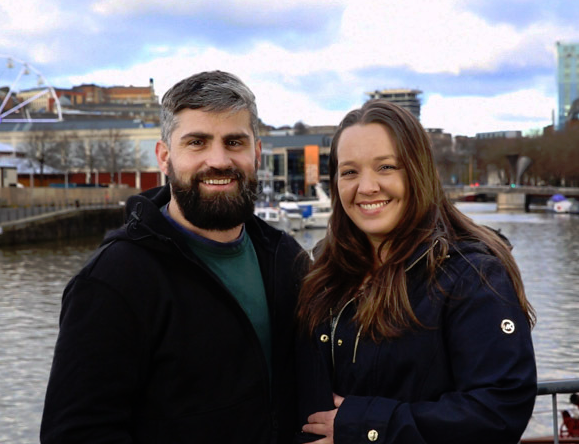 90 Day Fiance Before The 90 Days: Meet the New Couples!