If you follow The Bachelorette Spoilers, you know where all of this is heading — but that doesn’t make the drama any less fun to watch.

Right now, fans are still buzzing over one of Becca’s men being a virgin. Last night, Colton Underwood told Becca.

Fans are entertained, but not everyone is convinced. Some are urging Colton’s famous ex, Aly Raisman, to expose him as a liar.

After Colton "came out" to Becca as a virgin, viewers on social media were quick to point out that … he totally dated Olympic gymnast Aly Raisman for a couple of years.

"I just want a tell-all interview with Aly Raisman on Colton," one members of the Bachelor Nation tweeted.

They know that not every couple has sex while dating, but, to them, the idea of two beautiful adult athletes like Colton and Aly dating for two years defies belief.

"Weekly reminder tweet," another wrote on Twitter. "That I want Queen Aly Raisman to drag Colton and expose him."

This person clearly believes that Colton is lying, perhaps for a reality career storyline or perhaps to stand out among Becca’s suitors.

Some took their disbelief to Aly Raisman’s Instagram, where they commented under her latest photo (this photo).

"Speak the truth," a commenter demanded of her. "Is Colton a virgin. Like how did he restrain from all that?"

By all that, this person means Aly’s incredible athletic figure.

Other fans were less confrontational and, appropriately, kept the conversation to themselves as they reflected upon this week’s episode.

One tweeted: "I love how Becca basically just asked Colton, ‘so is Aly Raisman a virgin too?’"

Becca did not, of course, literally ask that — she did not mention Aly’s name. It is unclear if she knows Colton’s dating history.

At one point during the episode, Becca got up and left — and fans were quick to point out that it seemed like she was disappointed.

"Becca now realizes she will not be having sex with Colton in the fantasy suite," one tweeted. "And that was def her plan."

While no one could blame Becca for wanting to get under Mr. Underwood’s underwear, she clarified that reality television can be misleading.

"For the record," Becca tweeted. "I think I got up just to go to the bathroom sooooo…"

In other words, no, she did not just get up and storm off in a huff after realizing that Colton was not some sort of tantric sex god.

"Colton telling me he’s a virgin was unexpected because he hasn’t experienced a ton of life like most people at this part of their lives have," Becca shared honestly.

"But it means so much that he was able to open up about something that was so difficult for him," Becca says.

"I loved when he said, ‘It’s not a marriage thing for me, it’s a heart thing.’" Becca explains. "I appreciate someone who takes that so seriously."

Colton also reflected on the importance of being honest about his sexual history — in this case, the lack thereof.

He recalls how, after ignoring romantic pursuits because of his enthusiasm for his football career, he would bluff while speaking to teammates as they shared their sexual experiences.

"It really threw me for a loop because it was like, ‘Who am I? Why did I make up lies? Why wasn’t I proud of who I was?’" Colton says.

"’Why didn’t I stand up for the man I am?’" he still asks himself. "And that’s why now it’s important for me to share that with you."

Of course, you can’t talk about virgins in the Bachelor fam without talking about Ashley Iaconetti.

(Colton Underwood cries less than she does, though … so far)

Ashley was not super thrilled with this week’s episode

"I’m not happy about the way Colton’s virginity was portrayed on this episode," Ashley tweeted.

For some people, it might be a dealbreaker. Ashley has probably encountered people who fetishize her virginity — which is also creepy.

Of course, Ashley has found love with Jared Haibon. In fact, the two are engaged. After searching for so long, she deserves to be happy.

It’s important to note that it is entirely possible, even if its is very uncommon, for two adults to date each other for two years without having sex.

Some people are asexual, and do not experience sexual attraction. Asexuality actually has an entire spectrum.

Others may choose to remain chaste for religious reasons, because of trauma, or simply — as Colton says — as a matter of the heart.

There’s also plenty to be said for definitions of virginity, which vary widely — virginity is a social construct.

Some people who have had a great deal of sexual experiences consider themselves "virgins" because they or their communities have decided to define virginity in a certain way.

Regardless, Colton’s sexual history — or, again, lack thereof — does not disqualify him from being a viable candidate for Becca, or any woman’s, heart. 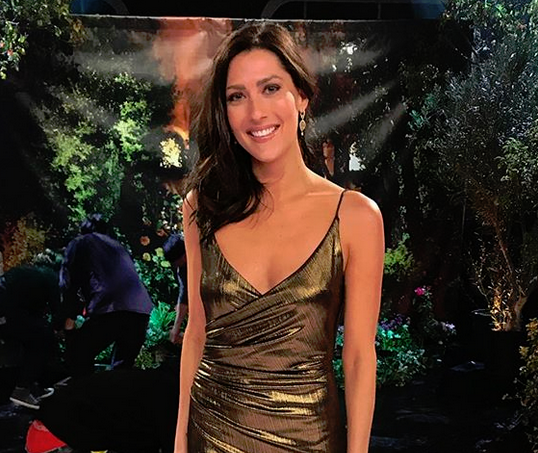