On Tuesday night, Farrah Abraham was arrested on battery and trespassing charges following an incident at the Beverly Hills Hotel.

According to police reports and eyewitness accounts, it all started when a highly intoxicated Farrah began arguing with other guests at the hotel.

A male employee of the hotel attempted to get Farrah to leave the premises and she responded by striking him.

At that point, cops were called, and if you think she went quietly in order to avoid further damage to her reputation, then you don’t know Farrah.

She remained behind bars overnight and most of the next day, and we’re guessing staff at the county jail were very happy to see her released on $500 bail Wednesday afternoon.

It didn’t take her long to open up about the situation.

Most public figures would keep a low profile and allow the dust to settle after such a humiliating incident.

But Farrah being Farrah, the former Teen Mom OG star was quick to vomit up some meaningless word salad that she probably thought was insightful commentary on the situation.

"I was targeted, things were made up, It was fine," Farrah said in a video recorded for TMZ (above).

"I don’t know who called the cops, why people called the cops … I was focused on my friends and then someone was trying to be involved, another guest."

"I don’t know if the guest was intoxicated [editor’s note: LOLOLOL]. I don’t know who he even is or what he looks like."

Then, as is her M.O. Farrah made a lame attempt to turn the whole thing into a feminist issue, saying:

"I hope no other female finds herself in this position or situation, and I know it’s very hard being a public figure or ‘celebrity,’ if you will."

"But that is what happens when you are targeted."

Those closest to the enigmatic train wreck have also been sounding off on the situation in the wake of her release.

Her mother, Debra Danielsen, wept for Farrah’s 9-year-old daughter, who was in the hotel at the time of the incident.

(It’s not believed that Sophia actually witnessed the incident, but still … not a great look by any measure.)

And now, Farrah’s ex Simon Saran is also offering his two cents, because that’s what Internet trolls do.

"Jail time will be good for her,” Saran told the venerable celebrity gossip site Hollywood Life on Wednesday.

Farrah fired back in response to that remark in baffling fashion, saying:

“I have no online profiles, I do not date at the moment and I do not have time for fake stories as these."

"Exes should stop trying to make up derogatory things about a hard working woman who is focused solely on TV, movie projects, along with running three stores.”

Reps for Farrah have issued multiple statements maintaining her innocence as well. 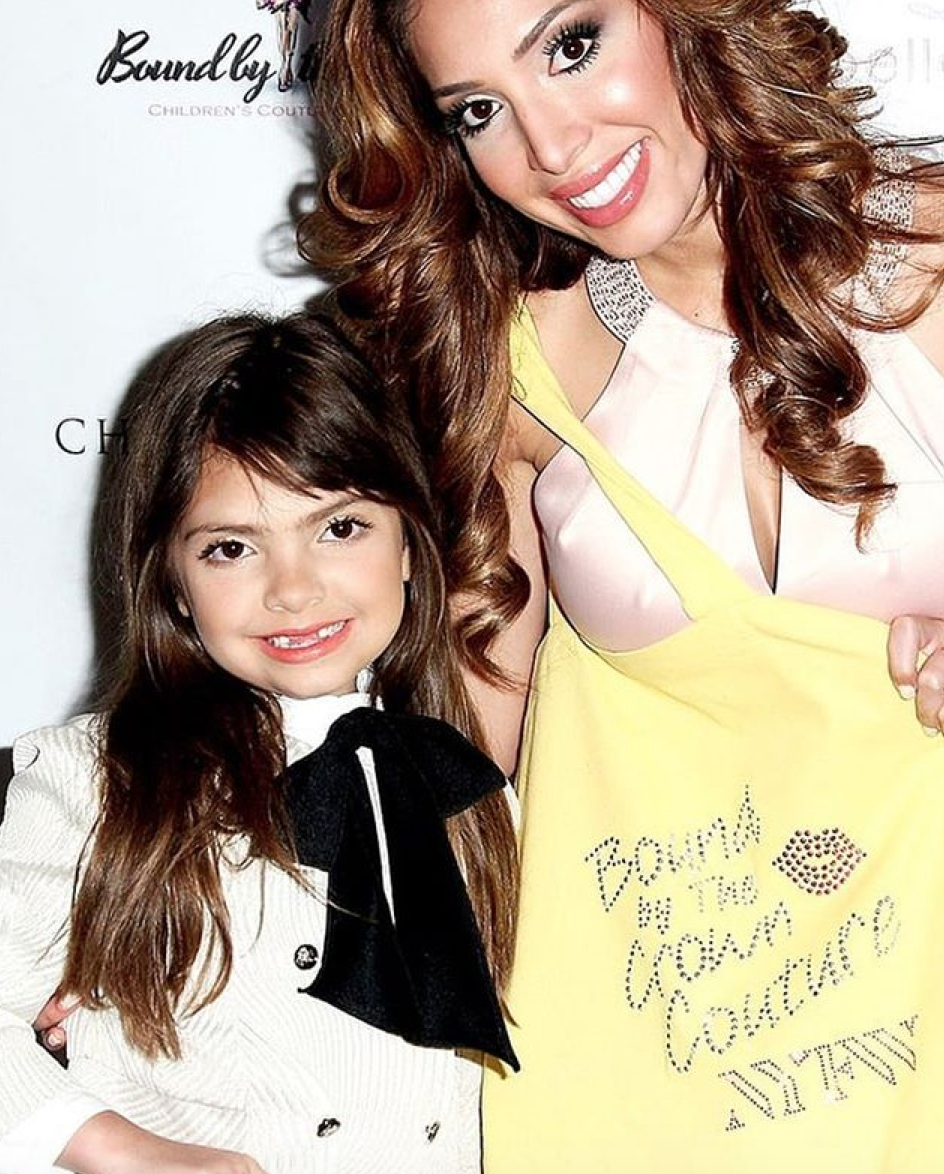 "This situation has been blown out of proportion," reads one such document issued last night.

"Farrah has not been charged and was released this afternoon."

"A misunderstanding occurred and there was no battery or trespassing. Farrah is the hardest working individual I know and sets very high standards for herself."

She does? Then what about … eh, forget it.

To be fair, Farrah has not yet been charged – but prosecutors still have until the end of this week to make a decision on that matter.

We’ll continue to monitor the situation and update you as more details and information become available.

Should be soon. With Farrah, there are no dull moments.