Meredith Phillips, the star of ABC’s Bachelorette back in 2004, said this week on a podcast that she was drugged and sexually assaulted by a crew member on the set of this long-running ABC reality show.

It’s a damning and troubling accusation.

Per Reality Blured, Phillips made this allegation while speaking to Steve Carbone (aka Reality Steve) in response to a question about the most challenging aspect of production.

"Well, besides being always really tired and some of the producers were – how do I say this? Helpful but not helpful, in terms of trying to make me relax," Phillips replied, somewhat mysteriously.

"Normally, I wouldn’t talk about this, but I’m going to tell you because it’s bothered me for years.

"And I know another friend of mine who was working on the show felt the same experience I did, about getting roofied and in a hot tub and kind of accosted."

As in: someone drugged Phillips and took advantage of her?

The allegedly awful deed was done by "a masseuse that a producer hired to come into my room and to give me a massage," says Phillips.

The ex-reality star says she assumed the pill this person gave her was an "aspirin or something to loosen up my back." But…

"It definltey wasn’t that, that’s for sure. The last thing I remember was she got naked and she was in the tub with me, and rubbing my back and rubbing areas probably she shouldn’t have.

"And then I was put in bed. I woke up naked. Don’t remember much."

Phillips, whose season of The Bachelorette was filmed in 2003 and aired in early 2004, said that the experience was "hard for me to talk about because I think I’ve put it somewhere else in my brain."

She was rejected by Bob Guiney on The Bachelor Season 4, finishing as the third runner-up, prior to starring as The Bachelorette and selecting Ian McKee as her winning suitior.

The couple broke up in February of 2005.

Thinking back on this horrifying incident, Phillips said once whatever she had taken kicked in, "I literally couldn’t even move my body, so I have no idea what the pill was, at all.

"All I know is that I was told that, ‘This will make you feel better.’"

ABC is yet to address this charge, but we’d expect the network to make a statement at some point.

Why didn’t she leave the series after this happened?

There was "definitely a part of me" that wanted to, she acknowledges, "but I am also the kind of person that finishes what she starts…

"It is a huge deal. I have worked through it."

The story has come out just days before Becca Kufrin debuts as The Bachelorette on Season 14. 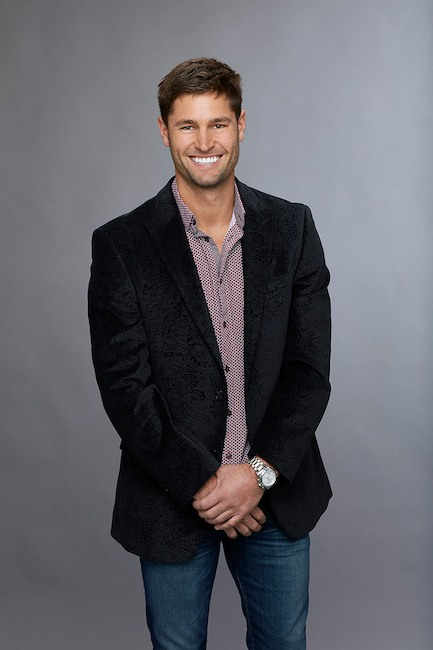 The Bachelorette Season 14: Who Are Becca’s Men?