Less than a month after The Weeknd and Bella Hadid were spotted cuddling at Coachella, it looks like these "exes" are at it again.

This time, they’re at a very different festival.

But the PDA — and their apparent inability to keep their hands off of each other, even in public — is the same. Take a look!

The Cannes Film Festival is about more than just movies, folks.

Sometimes, love is in the air. Old loves included.

The Weeknd and Bella Hadid broke things off before he ever started dating Selena Gomez.

But since he and Selena went their separate ways last year, fans have believed that it’s only a matter of time until he and Bella reunite.

And it looks like those expectations are being met.

Fans snapped a short video of The Weeknd and Bella Hadid at the Cannes Film Festival.

Now, the video is hazy — it’s not like it was filmed in a recording studio.

In it, The Weeknd and Bella appear to exchange a polite greeting that is thoroughly appropriate for the European festival.

But it sure looks intimate.

What’s more, onlookers revealed that the two seemed inseparable and couldn’t seem to keep their hands off of one another.

Someone’s hand was reportedly almost always on the other’s back or shoulder or arm.

That speeks to a certain level of comfort with each other. Are they getting back together?

It has been 18 months since their breakup, but a lot has changed since then.

Notably, The Weeknd dated and eventually broke up with Selena Gomez.

Back in March, he dropped new, sad music and many wondered which songs were about Selena … and which were about Bella.

it sounds safe to say that his song that seemed to be hinting that he would have given Selena his kidney when she needed a transplant was, you know, about Selena.

But was the song that seemed to indicate that he was dtf (down to "have sex") with an ex if she only asked about Bella?

Still, sometimes exes will hook up or just be really, really friendly with each other at parties but know that, for whatever personal reasons, they shouldn’t engage in a relationship with each other.

Some wonder if this Cannes Film Festival sighting and if the previous sightings of the two making out at Coachella are just that.

Are The Weeknd and Bella just really comfortable with each other? Perhaps even in love — but definitely not dating?

Or are they back together without announcing it yet?

Perhaps only they know for sure.

But it is also possible that the two are working their way towards dating agian without rushing into anything.

When Bella and The Weeknd broke up a year and a half ago, sources revealed that they still had a lot of love for each other.

That much is very clear.

But the couple has recently denied that they’re back together.

Many fans still expect — and even hope — that the two will start dating again. 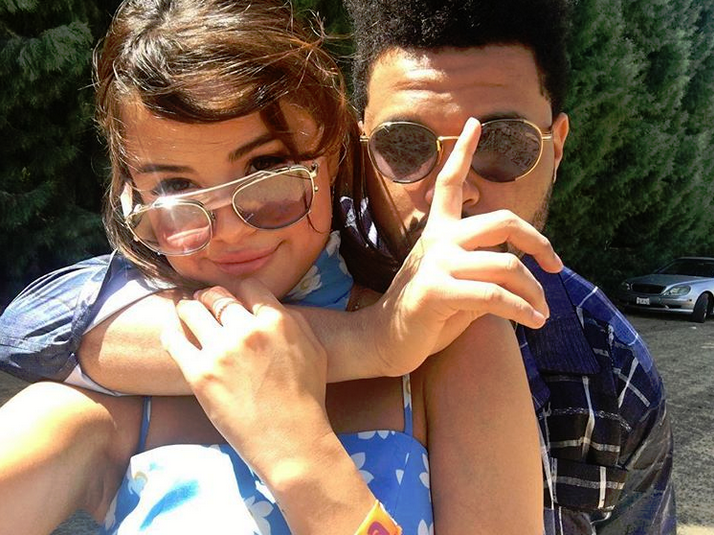