Catelynn Lowell has made no secret of her struggles with mental illness and addiction in recent years.

While critics have called Catelynn a drug addict and attempted to stigmatize her battle with PTSD, the Teen Mom OG star has continued to serve as a reminder that those who face their demons should be applauded, not condemned.

No doubt many young moms in Lowell’s position would to great lengths to hide their diagnoses for fear of public judgment.

But Cate has remained refreshingly candid every step of the way and has no doubt earned quite a few new fans in the process.

As The Ashley’s Reality Roundup points out, Catelynn made a major revelation about her sobriety over the weekend after a fan accused her of being an addict.

Cate has stated in the past that her main addiction was to marijuana, and she says she now takes great pride in the fact that she hasn’t smoked in several months.

While marijuana is not the first substance that springs to mind when one thinks of a drug dependency, Catelynn’s course of treatment required her to free herself from all chemicals that she had been using as psychological crutches.

Lowell says that during her first stint in rehab, she became aware that she’s more dependent on pot than she had previously realized.

“She detoxed from marijuana while in treatment in which she admittedly used as a crutch for her anxiety,” an insider reportedly told Radar in January.

“She’s sober from alcohol too.”

Lowell made a previous attempt to quit smoking, but her mother-in-law Kim famously called her out in a 2016 episode of TMOG.

That same year, Catelynn was shown smoking pot while driving, which caused many fans to criticize her on social media.

Cate says she spent several years under the impression that marijuana was helping to reduce her anxiety and depression but now realizes it was simply making her emotional state even worse.

Now it seems quitting weed is another step in a long process that recently involved some major changes in her medication regimen:

“I did a whole med switch and genetic testing.

"I found out that the medication I was on for five years doesn’t even work for me," she added.

"They put me on different medications and they seem to be working really well. It all stems from the trauma of my past so I’m going to have to keep digging into that.”

We wish Ms. Lowell all the best in her continued journey toward greater mental health. 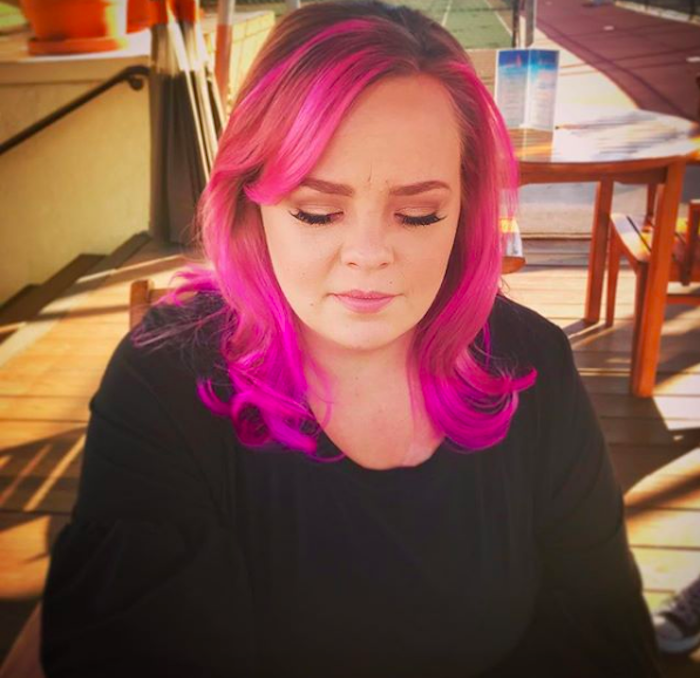