Remember the face he made?

Here. In case you forgot:

We only bring this up because it’s the face you’re about to make after you read all about the time Culkin lost his virginity.

The former child actor opened (WAY!) up about this experience during an appearance on Anna Faris’ podcast.

"I was about 15," Culkin said of his first time having sex, going on to answer the age at which he’d want his hypothetical kids to do the same:

"I think that’d be about the…youngest that I think would be OK with them.

"It’s one of those things, I think, I’m assuming that when you have a kid, yes, you want to be on top of all that kind of stuff, but at the same time, they are their own people."

"I’d say about 32. I want them to wait until they’re married. I guess when it comes to kids, do you even want to know?

From here, the topic delved further into Culkin’s first-ever time going downtown (if you know what we mean!).

The actor labeled his virginity loss as "special" and said it took place with a steady girlfriend.

What else can Culkin tell an audience who most definitely did NOT expect to hear about any of this.

"It was warm and sticky and I thought like, ‘Geez, this is weird. Am I doing it right?’

"And also, we listened to the White Album. So there you go. In a nutshell. So yes, that was me, losing my virginity at 15."

Culkin did not name his partner.

Culkin then dated Mila Kunis for, like, EIGHT years.

How crazy is that?!?

He’s currently with Brenda Song… so the guy has some done pretty darn well for himself on the dating front.

"I have a special lady friend," he said on the podcast, quipping:

He then grew a little serious, however, and gushed over Song.

"She is so good to me… She just does nice things, and I feel like at first I didn’t know how to be treated well in that kind of way," Culkin admitted, sort of sadly.

"It was a strange, almost foreign concept.

We could have gone the rest of our lives not hearing about his "sticky" first time having sex, but whatever. Such is the price of honesty, we suppose. 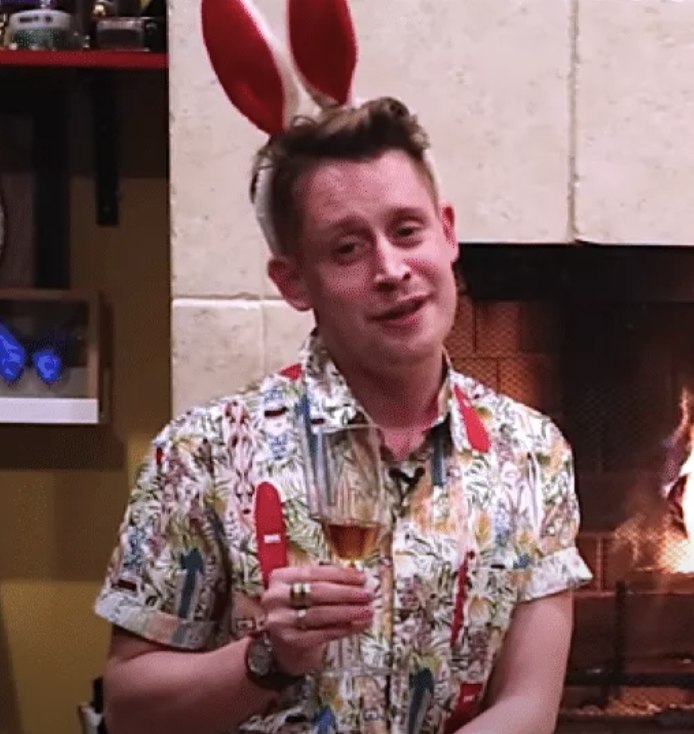