Kylie Jenner does not care what you think.

The 20-year old new mother shocked many fans on Instagram two days ago when she snapped a selfie.

This on its own, of course, is the opposite of shocking.

It’s only shocking when Jenner goes an hour or two without snapping a selfie.

However, this self-portrait featured Kylie in a waist trainer, a ridiculously stupid and completely useless piece of apparel that she and her sisters have pushed on the public for years.

The siblings get paid to pretend as if this item helps them lose weight, setting a horrible example for followers around the world and proving they only care about money.

We’ve slammed, bashed and mocked the Kardashians for waist training for years.

But Kylie has now taken this bad role modeling to a new low, considering she gave birth six weeks ago and is trying to tell folks that using a frickin waist trainer will help them shed pregnancy weight.

Just consider her caption to the following image…

my girl @premadonna87 hooked me up with the @waistgangsociety snap back package. #ad waistgang has the BEST quality snap back products.

make sure you get your package & follow @waistgangsociety to join & keep up the journey together. tag us in photos, and head over to www.whatsawaist.com NOW!

A Texas-based OGBYN told Us Weekly afterward that this garment "puts harmful compression to the abdomen. It has a temporary result that is no different than anything too tight around skin.”

In other words: it doesn’t work. D’uh!

Jenner may be proud of her post-baby body right now, but she achieved nothing of substance with this asinine waist trainer.

We’re not the only ones to state this opinion, but Radar Online claims Jenner only has one message for her critics.

“Kylie has been getting so much hate from everyone over the fact that she is ashamed about how fat she got while pregnant,” an insider tells this gossip website, adding:

"She believes that everyone is just jealous that she is able to get so skinny so fast and they are not!"

That’s always the case when a celebrity is criticized; haters must be jealous, right?

What other explanation could one ever have for thinking badly of a star and/or her actions?!?

Jenner, of course, disappeared from the spotlight during her pregnancy.

Numerous reports suggested that she was embarrassed about the pounds she packed on, assuming she would receive flak for it because she’s made a living by sharing so many sultry selfies.

Kylie basically based her self-worth on her appearance, which is very unfortunate.

She then gave birth on February 1 and reportedly became immediately obsessed with regaining her bikini body.

“Kylie really believes that she needs to have a hot body for her job and it’s really sad how much emphasis she is putting on this,” Radar concludes.

But if she wants to actually accomplish this goal, we have one a piece of advice for her:

Take off the dang waist trainer! 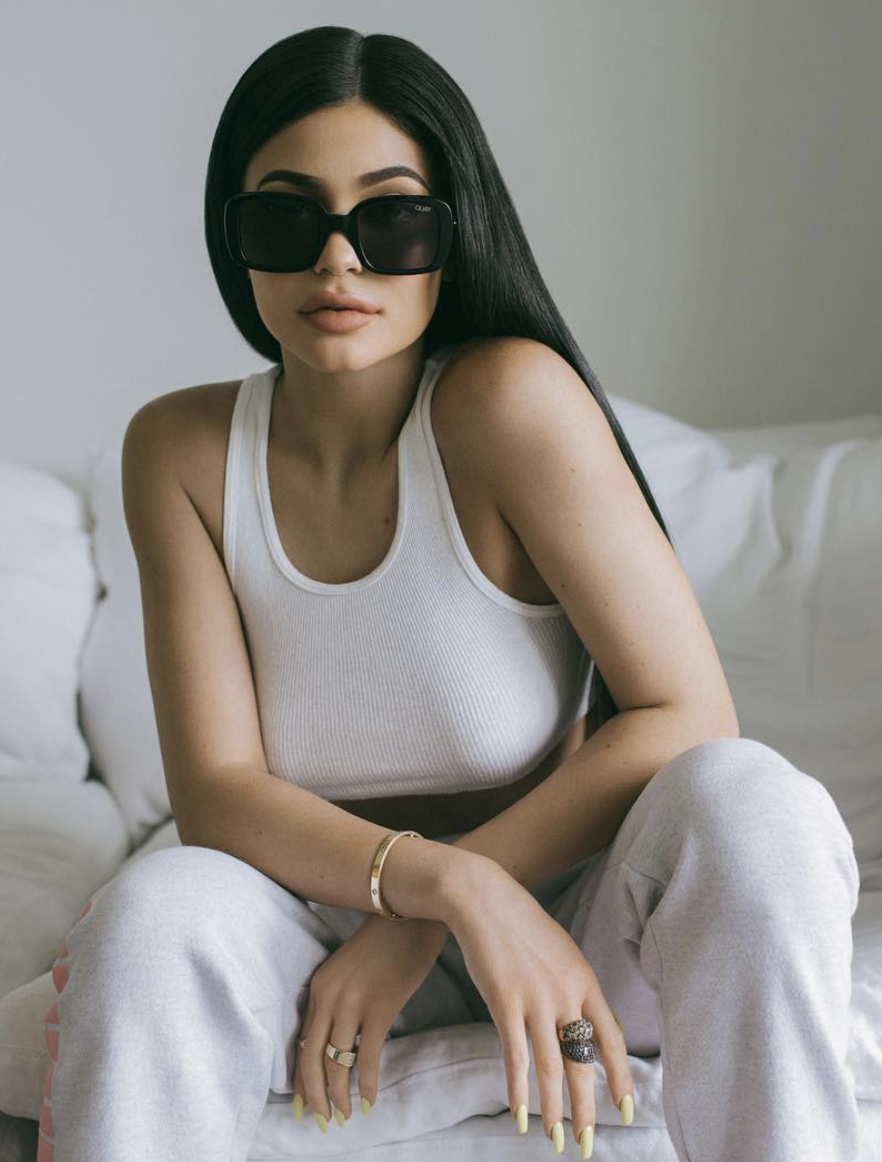