If you’ve been anywhere near an internet-enabled device in the past few days, then you’re no doubt aware that Kylie Jenner has welcomed her first child.

While she remained secretive throughout her pregnancy, Kylie has been surprisingly candid in the days since she became a mom.

We know that the little girl is named Stormi.

And now we’ve learned that Kylie’s family hates that goofy name just as much as the rest of the internet does.

“Kylie’s family thinks that Stormi is a ridiculous name to begin with, but Kylie does not care!” a source close to the situation tells Radar Online.

In fairness to Kylie, the criticism is a bit unexpected coming from the family that previously gave us such unusual monikers as North, Saint, Chicago, and Reign.

“They just think that it sounds too depressing and it isn’t fit for a little girl,” the insider adds.

Kylie apparently knew the name would be criticized and she simply didn’t care.

Footage shot during her pregnancy will reportedly prove that Kylie chose the name several months ago, before the Daniels accusations came to light.

“They wanted something original that no one has, which is why she went with Stormi,” the source says.

And it seems it’s not just Stormi’s first name that’s got Kris Jenner and company upset.

The family is reportedly peeved by Kylie’s decision to name her child Stormi Webster to honor the original name of the girl’s father, Travis Scott.

“Kylie and Kris had it out over the selection of her baby’s name and Kris was appalled that she is using Travis’s original last name for everything and not including Jenner at all on Stormi’s birth certificate," says the source.

It does seem strange that someone as status-obsessed as Kylie wouldn’t bestow her very famous last name upon her child.

But then again, it’s not like little Stormi Webster will ever want anything.

Which is good, because she’s in for a lifetime of jokes about Emmanuel Lewis becoming a meteorologist. 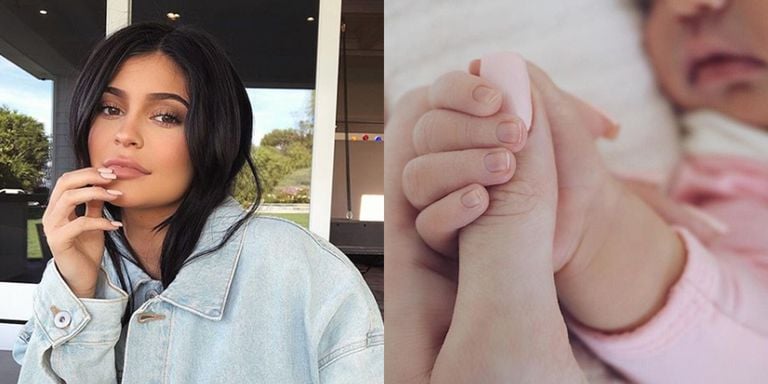 Stormi?!? The Internet is Here to Laugh Over Kylie Jenner’s Baby Name