When Kailyn Lowry welcomed her third child back in August, many wondered if baby daddy Chris Lopez would play any role at all in the boy’s life.

Thus far, it seems the skeptics were right, and Lopez has largely been an absentee dad.

Now, however, it looks like he’s planning to make up for lost time–and that could be bad news for Kailyn.

A cryptic tweet posted by Lopez earlier this week has many fans wondering if the Delaware State University student is planning to fight his ex for custody of little Lux.

Lopez wrote simply, "The wait is almost over."

Obviously, the tweet doesn’t contain much in the way of new information, but many Teen Mom 2 fans believe Lopez is hinting that he’ll soon be waging a custody war against Kailyn.

It would be something of a surprise move, as Lopez has apparently shown little interest in being a part of his son’s life in the months since Lux entered the world.

During the Teen Mom 2 reunion show filmed back in October, Kailyn revealed that she and Chris hadn’t been in contact with one another for several weeks.

"Chris and I haven’t seen each other in a month so he hasn’t seen the baby, either," Kailyn told host Dr. Drew Pinksy.

"It’s kind of a hard pill to swallow," she added.

Lowry went on to describe her relationship with Lopez in a decidedly unflattering fashion:

"You know, he cheated on me my whole pregnancy. The things I went through… All the way leading up to having him was something that I wouldn’t wish on my worst enemy," she told Pinsky.

Recently, Chris has stooped to taking shots at Kailyn on social media, such as the photo below which shows him burning a copy of her latest memoir.

Sadly, Lowry’s description of Lopez as a deadbeat dad doesn’t come as much of a surprise.

During her pregnancy, Lopez reportedly informed Kailyn that he would fulfill his financial obligations to her, but had no interest in serving as a father figure in Lux’s life.

It’s unclear when exactly Lopez changed his mind, but it’s clear that in Kailyn’s eyes, the decision came too late.

Needless to say, it doesn’t look as though Kail and Chris will be able to resolve their issues amicably.

Watch Teen Mom 2 online for more on the life and tumultuous times of Kailyn Lowry. 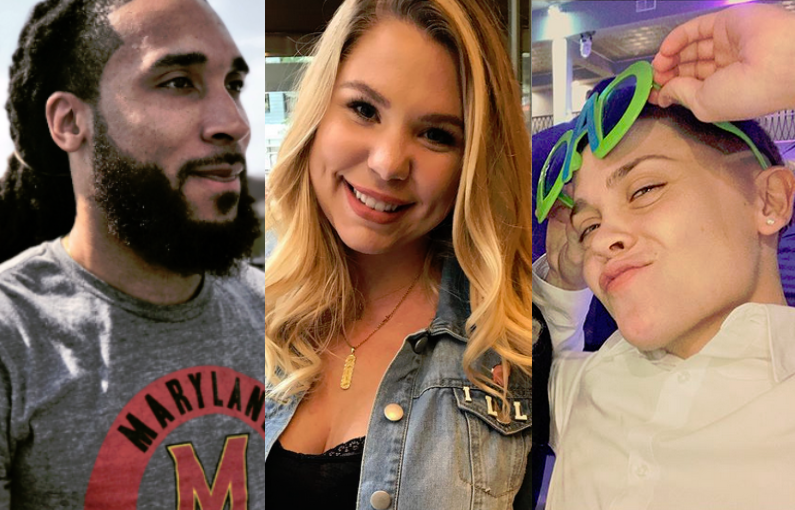