Each star of Bravo’s flagship show The Real Housewives of Orange County comes with her own history and her own bag of nonsense.

And we’ve heard a lot about Tamra Judge in particular this year. Namely, about her estrangement from her daughter, Sidney Barney.

Things got pretty heated, and it only makes sense that Tamra spoke about it at the reunion special.

So, over the summer, Tamra Judge posted photos from Sidney’s graduation.

She spoke about how the two of them were mending fences, even though Sidney had been in Simon Barney’s sole custody for years.

To hear Tamra tell it, you’d think that Sidney had just, like so many young teen girls, hated her mom for a few years but was now maturing and wanted to see Tamra again and reconnect.

Sometimes, that’s how things go down.

But after Tamra posted the photo, all hell broke loose as it drove Sidney to speak out against Tamra Judge, proclaiming that Tamra was no mother to her.

In her lengthy and very well-written post, Sidney described exactly why she’d invited her estranged mother to her graduation … and how Tamra had broken the conditions of that invitation:

"[My father] even forced me to let [Tamra] come to my graduation because it was a milestone. When I told my mother that she could come I gave her a few conditions."

"All I asked was that she remains cordial with my father and my stepmom and to not post anything about my graduation, anywhere."

"Not even two weeks after I graduated she posted a photo of me and shared it with her one million followers knowing that it would get picked up by the press," she said.

"The one thing I asked and have been asking for 4 years now has been to not talk about me because I don’t want to be in the spotlight."

Which means that there’s really no chance that Tamra could have "forgotten" Sidney’s wishes.

It sounds like her fame, and using her estrangement as a storyline, was just more important.

"But again breaking her promises as per usual, she puts herself, her fame, her reputation, and her bank account before me," Sidney said.

"If she really wanted a relationship she would keep her promises and recognize that it is no one else’s fault but hers that I do not want her in my life."

Like we said, Sidney is a very well-spoken young woman.

Also, Sidney explained exactly why she doesn’t care for her mother: detailing emotional abuse and alleging some disturbing neglect.

Tamra Judge seemed to dismiss Sidney’s callout post, which sounds like it’s part of a lifelong pattern with her.

So, at the reunion, Tamra addressed attending Sidney’s graduation:

"It was something I had been thinking about for the past few years. It was the next milestone in her life that I didn’t want to miss. And when I was invited, I was so grateful. I was so happy."

And yet she had some misgivings, even then.

Probably because of the alleged emotional abuse in which she would ridicule her children, calling them "mini Simon" when they did something that she didn’t like.

Also probably because she laments her estrangement from Sidney on camera when Sidney does not want that.

And then Tamra made it worse:

"I stupidly posted a picture of her and I on graduation, which she had asked me not to do."

She says that she did it because Simon had posted graduation photos that did not include Tamra, and Tamra apparently couldn’t handle not being publicly included.

So, Tamra violated her daughter’s wishes and privacy because of her own feelings. Ugh.

"There were so many horrible stories that were coming out and I was impulsive."

Despite everything, including Sidney’s open letter, Tamra doesn’t seem to understand why Sidney doesn’t want her in her life.

"If I had done something absolutely horrible to her to warrant this, I’d get it. But I was nothing but a loving mother. That’s it."

Tamra is also defending using her daughter as a storyline for her reality career.

"When your child turns their back on you, it’s very hard to keep it from a reality show."

"When you’re on a reality show and half your heart is missing? How do you stay quiet about that? I didn’t expect that to come out, I didn’t."

Reality stars keep things — serious things, like pregnancy or even abuse — hidden from the camera all of the time.

It sounds like maybe Tamra doesn’t really prioritize her daughter’s feelings. And that perhaps she never has.

But Tamra told Andy Cohen that she hopes that Sidney will come around to her way of thinking.

You know, it’s not uncommon for children with at least one terrible parent to be afraid of having children, out of concern that they’d fall into the trap of repeating a parent’s unforgivable actions.

You know what else? If you’re not willing to admit that you’re at fault, you really decrease your odds of reconciliation.

Regardless, if Tamra thinks that Sidney just needs to do some maturing, we think that she has another thing coming. From her writing, Sidney — who is an adult — sounds very mature to us.

Tamra is the one who gets into juvenile drama on camera for a living. 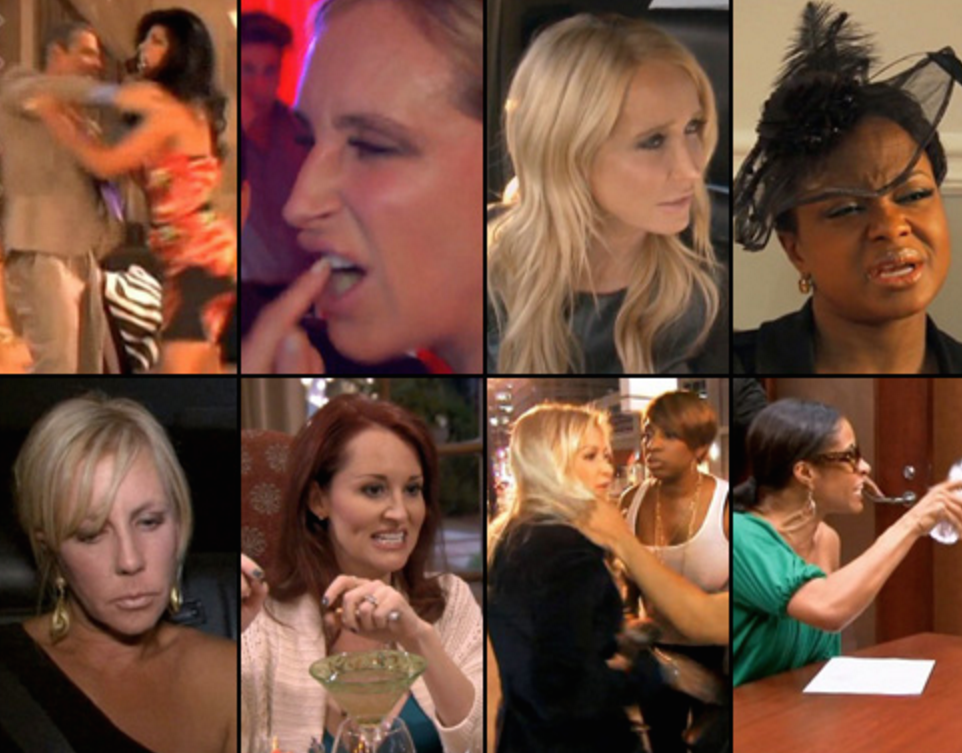