The Duggar family is unlike just about any other on television.

Obviously, with 19 siblings, they’re much larger than any other famous brood, which is a big part of what attracted viewers to them in the first place.

It’s not what keeps them tuning in, though. Especially lately.

No, to understand why Jim Bob, Michelle, and their children have become such subjects of fascination (and, in some cases, derision), one must examine their unique family dynamic.

On TLC’s Counting On (formerly 19 Kids & Counting) we generally only see the sunny side of life on the Duggar compound.

Casual viewers might be left with the impression that the siblings get along with one another and their parents at all times.

Of course, that’s simply not the case.

Jim Bob clashes with his daughter’s husbands to the point that he’s been unable to keep the conflicts out of tabloid headlines.

As for the siblings that keep fans tuning into Counting On … well, they do a much better job of hiding whatever conflict exists.

Yet it seems they butt heads just as hard.

In fact, fans have gone so far as to dub one Duggar girl the "Fundie Regina George," in reference to the famous Mean Girls villain.

Yes, as in a fundamentalist version of the infamous high school shot-caller played by Rachel McAdams in the classic teen comedy.

Due to a take-charge attitude that some viewers interpret as domineering or manipulative, Jessa has been dubbed "the mean Duggar."

Most fans don’t point to any one incident in particular as evidence, but instead claim that Jessa Duggar is simply rude and less sympathetic.

Compared to her sisters, at least.

"Sorry not sorry I really have no tolerance for Jessa," an anonymous commenter wrote on the Duggars Facebook page this week.

"She’s a mean girl and on the show she tries to hog up most of the conversation and likes everything centered around her."

But if specifics are what you’re after, there have been plenty of incidents throughout the years, as In Touch Weekly notes.

This has happened on multiple occasions, and is just one of many things fans cite when saying Jessa isn’t the kindest soul on the compound.

Jessa has even admitted to Counting On cameras that it’s a pattern of behavior that dates back to her early childhood.

There was this quote from one episode:

“I think as I started to get a little bit older, I also had a very strong personality so I would sometimes protest the ideas that [Jana] had."

Some fans believe that Jessa’s vanity – something the Duggars would never admit they fall victim to – is her greatest sin of all.

Critics point to incidents such as the time she attempted to steal the spotlight following Amy Duggar’s wedding as proof.

Just one day after her cousin’s ceremony, a collection of never-before-seen photos from Jessa’s wedding appeared online.

“We all had such a wonderful time at Amy’s wedding," the official Duggar facebook page stated, actually going on to add:

"All of this excitement has caused Jessa to pull out her pictures from her wedding and post 100 of them on her website."

Many fans thought it was a passive-aggressive move … if you can even call it passive while so obviously transparent.

There are several more incidents, such as the time that Jessa bragged on Instagram that a stranger paid for her order at Starbucks.

This was part of the "pay it forward" movement that was taking place at the time, which is all well and good. However …

When asked if she returned the favor by paying for the next customer’s order, Jessa did not reply, and eventually just deleted the post. 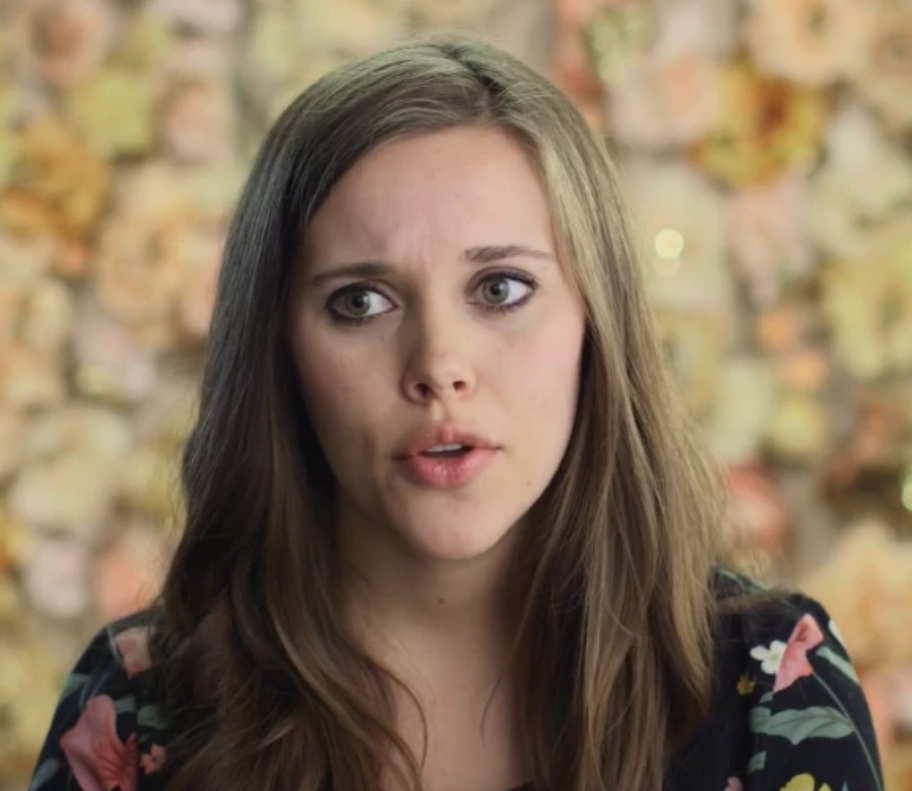 While Jinger Duggar has openly rebelled against her parents’ restrictive dress code, Jessa has doubled down on her "modesty."

She’s even accepted paid speaking gigs to tell young women how they should dress, which is off-putting to many young fans.

(Of course, she’s also taken flak for being a hypocrite thanks to her form-fitting attire … but that’s a subject for another time).

But the worst allegations of all have to do with the fiery rhetoric Mrs. Seewald uses on social media, which has a polarizing effect.

Jessa has compared abortion to the Holocaust and gleefully informed her online followers that they’ll soon be burning in hell.

Of course, in cases like that, she’s just vocalizing what many of her siblings likely believe … just in extremely blunt fashion.