Sunday night, during that very long Fourth of July weekend, Kim Kardashian and Kanye West through what we can only describe as a feast.

The food looked all kinds of savory, the outdoor gathering of friends and family was reasonably huge.

Oh, and Kimye and their children posed with 2 Chainz and his family for a photo op. Like ya do.

Kanye and 2 Chainz have collaborated artistically before, so it’s no real surprise that they’d invite each other to things.

Though actually, if you only know 2 Chainz through his music, you might think that he’s an odd choice to bring to a family gathering.

After all, 2 Chainz is the guy who got sued for calling some random woman a thot. Plus he used to be known as "Tity Boi."

But actually he’s not only a father himself — he can be shockingly well-spoken.

But as it turns out, 2 Chainz’s whole family and Kimye themselves were upstaged by North West’s expression of exhasperated boredom.

Honestly, if you’ve ever been a child posing for a picture on a hot day at a family gathering, you get it.

In that moment, we were all North, right?

Though, if we’re being honest, North wasn’t the only relatable person we saw from that Sunday feast.

Kris Jenner was dancing all by her self and having a great time.

It’s easy to look at her, as captured by Kim’s Snapchat, and assume that the Momager was lit like a firework.

(Certainly plenty of us were over the weekend)

Especially when you’re a grandma.

(She was born in 1980, which most would say makes her part of the last batch of Gen X)

… But she definitely took a moment to point her phone at a plate full of genuinely tasty-looking food.

(Also there were vegetables but literally who cares)

In case you were wondering, jerk chicken isn’t, like, rude chickens — it’s a Jamaican style of chicken.

At its simplest, it’s chicken grilled on pimento wood and/or spicy chicken flavored with pimentos.

But jerk chicken can also include any (or all!) of the following: Jamaican Allspice, scotch bonnet peppers, scallions, and fresh thyme.

And basically any version of that sounds delicious.

Also, it’s hard to go wrong with macaroni and cheese.

I’m admittedly a little put off by the fact that some of these foods are touching.

Plenty of foods are meant to touch and exchange flavors, but mac and cheese is basically sacred and doesn’t need to be tainted by greens, you know?

But this all looks so good.

(Doesn’t it make you hungry?!)

I totally get why North West, unfazed by the celebrity status of everyone there just as she is by her parents, would be bored posing for that photo.

But we hope that she enjoyed eating that food as much as we enjoyed looking at it. 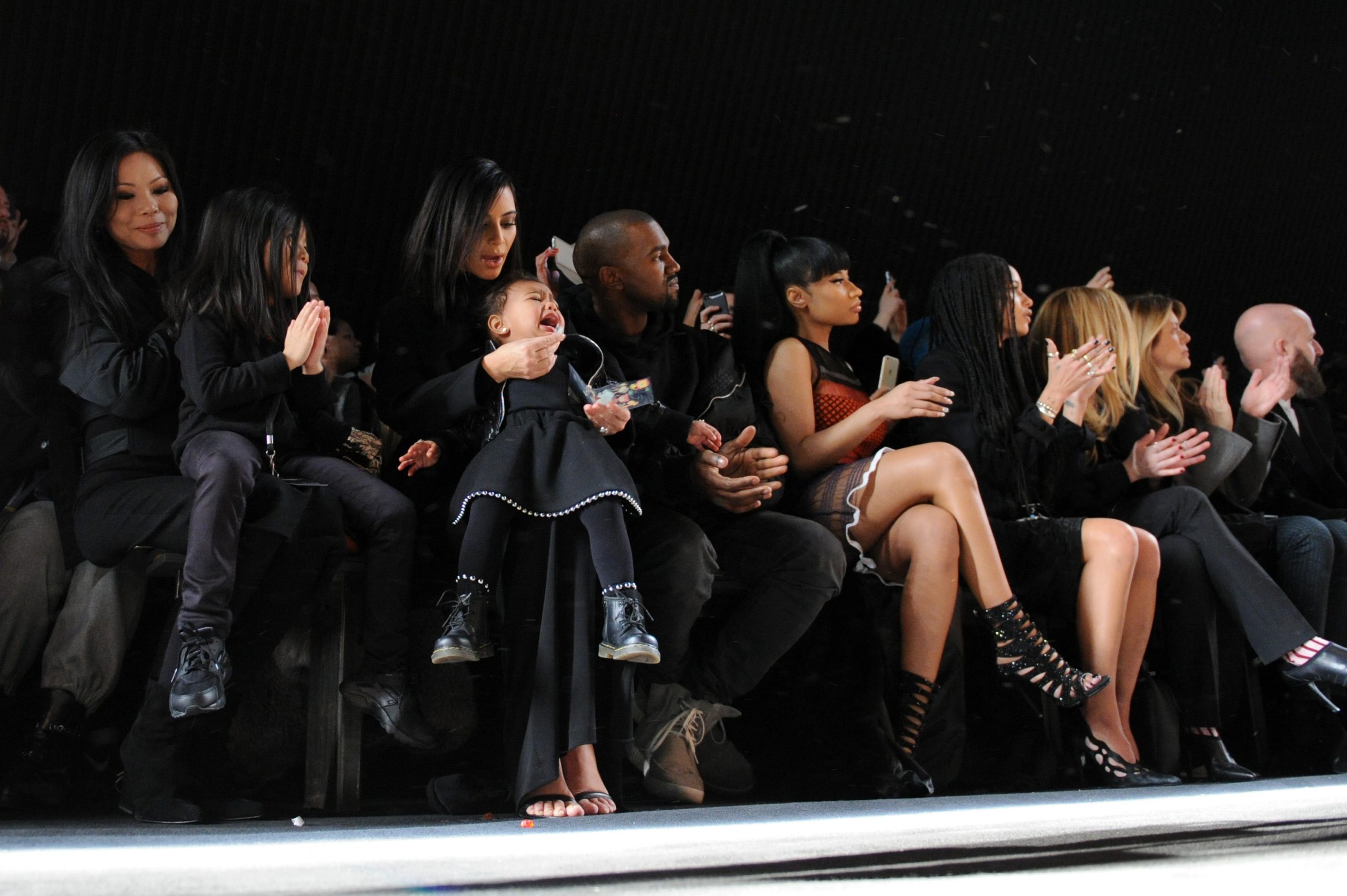