Last night, Donald Trump took to the airwaves to announce that the US had launched 59 cruise missiles at a Syrian military airfield in response to chemical attacks ordered by Bashar al-Assad.

It was a frightening moment that – like so much of Trump’s presidency – was made downright surreal by the backstory of the man at the helm.

As Trump addressed the media from his lavish home in Palm Beach, Florida, it felt almost impossible to reconcile the notion that the same man who "fired" celebrities on a reality show just a few short years ago was now in the position to fire missiles in the Middle East.

Trump was born into wealth, and he first caught the public’s attention by plastering his name all over prime pieces of Manhattan real estate, but it’s difficult to imagine that he could have launched a successful political career without his media presence.

It was The Apprentice that introduced Trump to a new generation, and it was his appearances on SNL and his controversial interview with Jimmy Fallon that humanized him during his bid for the White House.

Without TV, Trump likely would have had a much more difficult time endearing himself to an American populace that mostly viewed him as the achetypal callous billionaire.

Of course, he’s certainly not the first public figure to use reality television to win over the American public.

At first glance, it may not seem that Donald Trump and Kim Kardashian have much in common aside from outsized egos and penchants for self-promotion.

But while Kim will almost certainly never enter the political arena (even 21st century America has its limits), she and the Donald have experienced surprisingly similar career trajectories.

Back in 2007, it seemed Kim would never be known as anything other than the star of a popular sex tape.

Like Trump, Kim was reviled as a clueless child of privilege, held up as an example of what can happen when a society rewards vanity and disregards talent.

And like Trump, she used reality television to craft an image that was more to her liking.

These days, however, both Kardashian and Trump are experiencing major public image crises, and that may not be entirely coincidental.

Trump is experiencing historically low approval ratings, while Kim is struggling to save Keeping Up With the Kardashians, the reality show that made her a household name and that is now on the verge of cancelation.

When the show’s thirteenth season debuted last month, E! network execs were reportedly expecting its biggest ratings to date, thanks to highly-publicized events such as Kim being robbed at gunpoint and her husband, Kanye West, entering a mental health facility.

But instead, viewership is at an all-time low, and some believe that Trump-induced drama fatigue is part of the problem.

A piece published today by The Huffington Post questions if there’s any room for the Kardashians in Trump’s America.

After all, the family thrived on guilty pleasure escapism, but now serves as a reminder of what can happen when a society becomes overly obsessed with fame for the sake of fame.

HuffPo is far from the first to make the Trump-Kardashian connection, and comedian Chelsea Handler once went so far as to say she blames Kim and company for Trump’s election:

She added, “The way these people have blown up and don’t go away — it’s surreal. Everyone is for sale.”

Handler was referring to the Kardashian clan’s broader cultural impact, but it’s worth noting that they also played a more direct role in the 2016 election.

Trump commented on Caitlyn Jenner’s support of Ted Cruz during the GOP primaries.

The president met with Kanye West during his shadowy transition to the White House.

Kim Kardashian and Kris Jenner both voiced support for Hillary Clinton during the election, and it’s been rumored that West’s fondness for Trump sparked a period of marital discord.

Obviously, it’s absurd to blame Trump’s election on the Kardashians, but there’s no denying that the family contributed to a culture in which a former reality star could be viewed as a viable presidential candidate.

Now, in a twist of irony that would be better suited to scripted television, Trump seems to be having a quantifiably negative impact on the carefully-cultivated Kardashian brand. 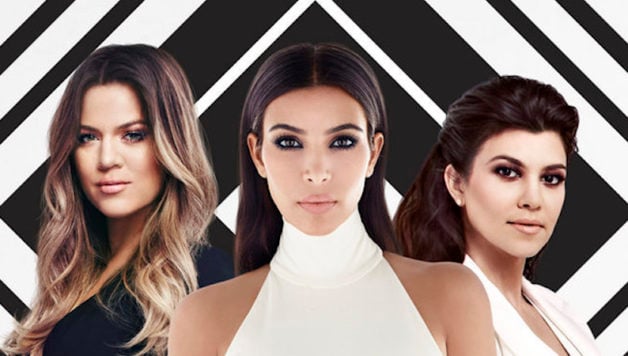