But that didn’t stop the singer from using her social media platform to lay into the ceremony just a day later.

Despite ABC confirming that Rachel Lindsay will be the first black Bachelorette in show history last night, Solange believes the entertainment world has a long way to go before it achieves true racial equality.

And she used some history and a bit of math to prove her point.

“There have only been two black winners in the last 20 years for album of the year there have been over 200 black artists who have performed,” Solange Tweeted yesterday.

In a second, since-deleted message, she added:

“Create your own committees, build your own institutions, give your friends awards, award yourself, and be the gold you wanna hold my g’s."

Solange’s mini rant came after Adele defeated Beyonce in all three major categories at the 2017 Grammys, most notably Album of the Year.

Voters decided that "25" deserved the honor more than "Lemonade," an outcome that stunned Adele more than anyone.

“I’m very humbled and I’m very grateful and gracious, but my artist of my life is Beyoncé and this album to me, the Lemonade album, was just so monumental,” Adele said in her acceptance speech.

She continued to lavish praise on her good friend and non-rival while on stage, addressing Beyonce herself at one point.

“It was so monumental and so well thought-out and so beautiful and soul-baring," Adele gushed.

"We all got to see another side to you that you don’t always let us see and we appreciate that. All us artists here adore you. You are our light!"

Solange, meanwhile, Tweeted her criticism of the Grammys not long after she also posted a link to an anti-Grammys Tumblr post written by Frank Ocean.

In his note, Ocean came down hard on the annual event for giving Album of the Year to Taylor Swift’s 1989 last year over Kendrick Lamar’s To Pimp a Butterfly.

Ocean didn’t even submit any of his own work for Grammy recognition this year in protest.

He insisted that the awards show suffers from “cultural bias and general nerve damage.”

Solange won a Grammy this year for Best R&B Performance for her singles “Cranes in the Sky,” but the award wasn’t included among the televised categories.

“Thank you for your well wishes. Gratitude," she wrote on Sunday in another since-deleted Tweet alongside a photo of herself holding the trophy.

"If I would’ve gotten to accept this, I would’ve said black girls/women ARE grammys mothaf—ka,”

A year after #OscarsSoWhite trended for weeks, a similar movement is cropping up around the Grammys.

Many fans believe Beyone’s Lemonade was snubbed after it won just two awards, despite being nominated for nine.

Rihanna, meanwhile, was nominated for eight Grammys and won zero.

"I felt like it was her time to win," Adele said backstage on Sunday evening, adding for good measure of Beyonce:

"What the f-ck does she have to do to win Album of the Year?’

Sadly, you know what Solange and other critics would say in respose, right?

They’d say Beyonce has to change her skin color. 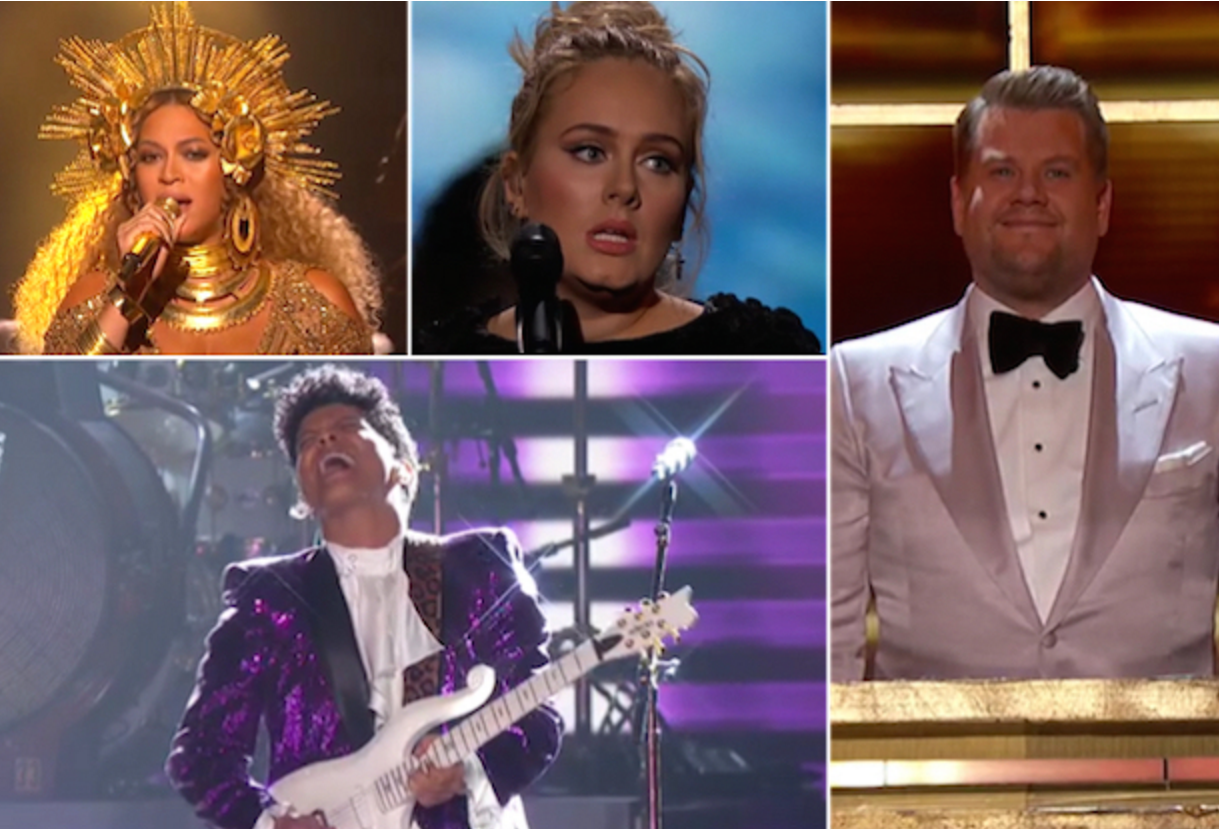