Is America ready for a black Bachelorette? Some opinions may differ on that topic, but at last, we are all set to find out.

On Monday night, Jimmy Kimmel confirmed the rumor that had been getting fans of this franchise excited for weeks:

Rachel Lindsay will be the first-ever African-American to anchor a season of either The Bachelor or The Bachelorette.

Upon making this announcement, Kimmel called Lindsay out on stage and joked that her reveal also serves as a Bachelor Spoilers Alert.

Rachel, of course, is still on Season 21 of The Bachelor.

Because Lindsay is still a contestant, vying for the heart of Nick Viall, it’s pretty clear that she doesn’t win the star’s final rose.

She’ll get a hometown date with Nick, we just don’t know when she’ll be eliminated (although the links above and below offer evidence).

"I think it’s safe to say your hometown date with Nick did not go as planned," Kimmel joked to Lindsay during their interview on his talk show.

Lindsay acknowledged that the timing of her confirmation indicates she is not The Bachelor winner, but she’s focused on her own future.

"We’re a couple weeks out from filming, we’re ready to get this started," she said on air, reciting the typical Bachelor/Bachelorette line:

"I’m ready to find love, find a husband, so if you know anybody out there who needs to apply [and] sign up…"

She’s a lawyer who lives in Dallas, Texas and she explained last night how producers let her know early on that she was in the running for the gig.

"It wasn’t that long after I got off the show that I was approached, but I honestly thought that they were doing it just to make me feel better from the heartbreak."

"And then as it kept going, I realized, ‘All right, they’re actually serious about this.’"

Is she concerned about any kind of backlash? It doesn’t sound that way.

"I am excited," Lindsay said again.

She added that she, like anyone in her position, will go in "looking for someone who’s ready for what I’m ready for."

"At this point in my life, 31, I’m ready to find a husband, someone who’s ready to start a family…"

"I’m looking for someone who can make me laugh, [has] a great smile."

And if she can break down some stereotypes or help any sort of social movement via her casting, so be it. Lindsay is ready to represent.

Rachel Lindsay later told People Magazine that while this season will be unique for obvious reasons, in many ways it will be typical:

“I’m happy to represent myself as a black woman in front of America and I’m happy for America to rally behind me and see what it’s like for me to be on this journey to find love."

“Honestly, it’s not going to be that different from any other season of The Bachelorette.”

Of course it won’t be.

That’s why it’s surprising it took ABC so long to find a black Bachelorette.

Why not listen to the critics and add some diversity when, in the end, it doesn’t matter one bit in regard to the on-air product?

"I’m obviously nervous and excited to take on this opportunity.

"But I don’t feel added pressure being the first black Bachelorette, because to me I’m just a black woman trying to find love."

"Yes, I’m doing on this huge stage, but again my journey of love isn’t any different just because my skin color is."

And Lindsay has at least one famous person in her corner.

"My heart is full of joy for you Rachel. Congrats!! You will be one hell of a Bachelorette!! Beauty & class.. you have it all!!" Tweeted Nick Viall himself last night.

"No one better to show Bachelor Nation, & the world, the beauty of embracing diversity! So excited for you Rachel! #thebachelor #diversity." 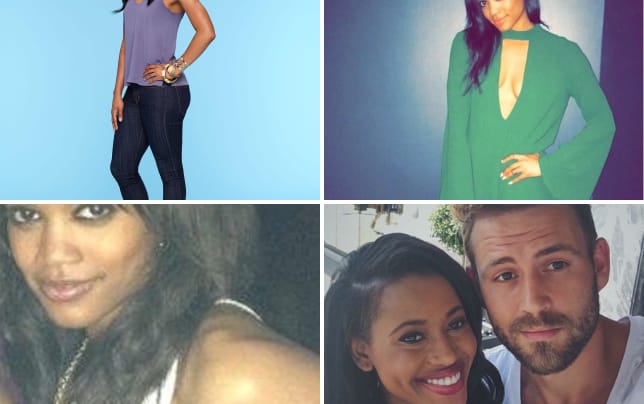 ABC executive Robert Mills also chimed in with his thoughts via a statement, saying of Lindsay, the network and The Bachelorette:

"This coveted role is always reserved for a fan favorite from the previous season, and Rachel is no exception."

"[She] has been the fans’ choice since she exited the limo. She is an accomplished, confident and beautiful woman who knows what she wants in life."

"We all look forward to joining her on the joyous journey as she looks for that one special man.”

Are you excited? Will you watch The Bachelorette online and/or on television with Lindsay at the forefront?

VOTE below and let us know: Are you psyched for a African-American Bachelorette?