Madonna may have said the most controversial thing of her entire life on Saturday.

And that’s saying a whole lot when it comes to someone who once commented on her own son’s penis and who offered oral sex to any guy who voted for Hillary Clinton.

Taking the stage in Washington D.C. for the Women’s March on January 21, Madonna said she had "thought an awful lot about blowing up the White House."

The Material Girl referred to this global event as a “revolution of love” and to Donald Trump’s election as a “darkness” that has at least helped society “wake the f-ck up.”

Fair enough on both accounts, right?

She then cursed off all “detractors” before making the aforementioned, way-out-of-bounds confession.

As you might expect and understand, Madonna’s threat to explode the home of the President of the United States was met with shock and derision.

Among her many critics, Piers Morgan said Madonna should be arrested.

Watch the artist’s full speech below:

In response to the growing backlash, Madonna took to Instagram on Sunday and issued a lengthy statement of clarification.

"Yesterday’s Rally. was an amazing and beautiful experience.  I came and performed Express Yourself and thats exactly what i did," she wrote at the outset, stating the obvious.

Then came the quasi apology.

"However I want to clarify some very important things," she continued. "I am not a violent person, I do not promote violence and it’s important people hear and understand my speech in it’s entirety rather than one phrase taken wildly out of context.

"My speech began with " I want to start a revolution of love."

"I then go on to take this opportunity to encourage women and all marginalized people to not fall into despair but rather to come together and use it as a starting point for unity and to create positive change in the world.

"I spoke in metaphor and I shared two ways of looking at things — one was to be hopeful, and one was to feel anger and outrage, which I have personally felt.

"However, I know that acting out of anger doesn’t solve anything. And the only way to change things for the better is to do it with love."

It was truly an honor to be part of an audience chanting "we choose love".

Madonna was one of several celebrities on hand in D.C., many of whom delivered speeches at the March.

All told, around the world, over 3.5 million people protested the personality and the politics of our new President.

Aside from Madonna, Ashley Judd likely made the strongest impression.

She read a poem about all the "nasty women" who came out against Trump, making references to Hitler and homophobia and white supremacy and even Trump’s many weird remarks about his own daughter.

And then click through the following gallery for a look at other stars who marched on Washington: 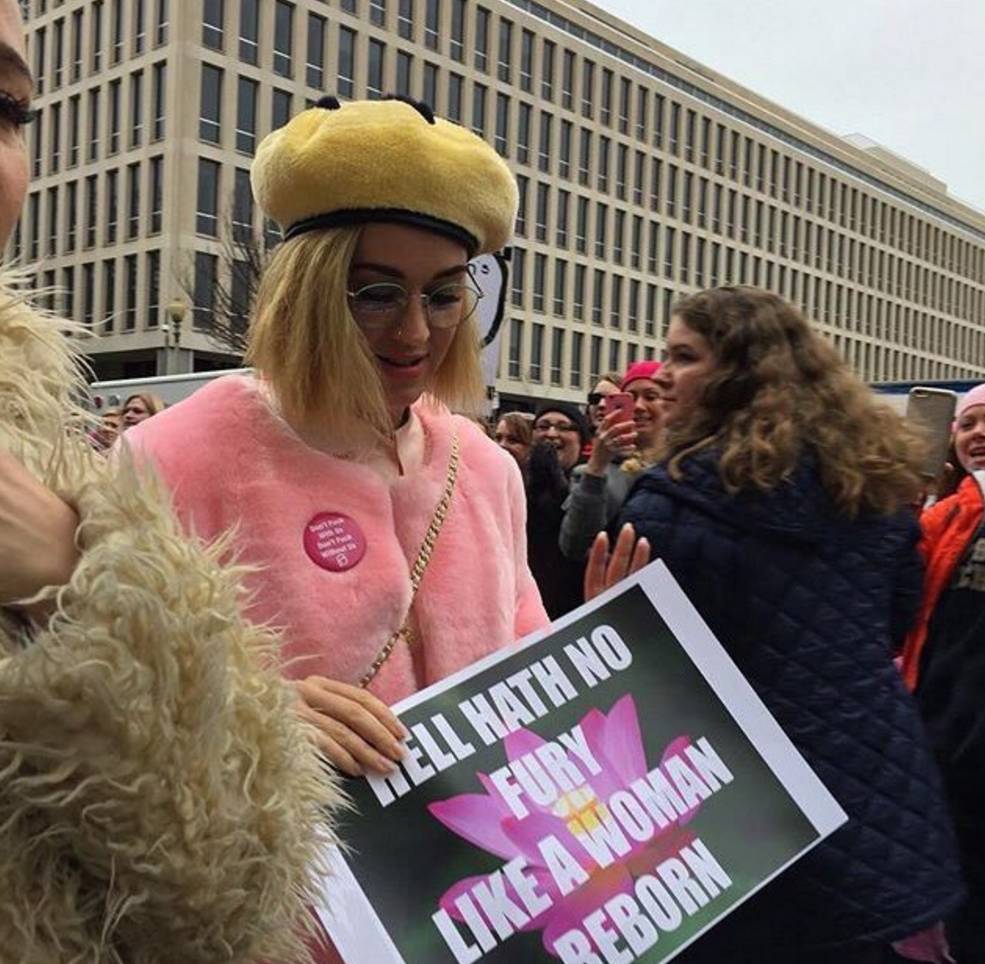 Women’s March: See How The Celebs Got Involved!