Mark your calendars, because in just a few short days, there will be yet another Duggar in the world.

Well, technically there will be yet another Seewald in the world, but you get the picture.

Jessa Duggar is currently 39 weeks pregnant with her second child, which means that she could go into labor at any time now. Exciting, right?

And to mark the happy occasion, the 24-year-old shared a brand new photo of that adorable baby bump of hers.

On the left is what she looked like at 39 weeks pregnant with her son, Spurgeon, and on the right is the bump she’s rocking now.

Can this side-by-side comparison be used to determine whether the reality star is having a boy or a girl come February?

Go ahead and get a good look at it, and use your superstitions or your grandmother’s passed-down wisdom or whatever it is …

The bump does look different this time around, are we right?

It’s a lot smaller, for one, and it looks to be a little lower too.

Many people online, and most of Jessa’s family members for that matter, are taking that as a sign that she’s having a girl this time.

Jana Duggar has insisted that she’s always said that the baby would be a girl, and Jinger’s husband, Jeremy Vuolo, has placed his bets in the "girl" camp as well.

And Jeremy guessed that she was having a boy the first time around, so there’s a chance he has some sixth sense about this sort of thing.

It has to be something supernatural, right? Like, he only had a 50% chance of being right, there’s got to be some kind of sorcery going on here.

For what it’s worth, as we said above, a vast majority of Jessa’s Instagram followers are guessing she’s having a girl as well.

A few of them did comment to say that they think she’s expecting another baby boy Seewald, so there is a contingent believing that.

Then again, a few wondered if she was housing twins in that little bitty bump of hers, so we can’t really take their word for it.

But there are two people who aren’t guessing:

Jessa has said that she and her husband, Ben, say they already know the gender, but they are keeping the information to themselves.

"We did the same thing with our last baby," she explained in a recent post. "We kept it a secret. My family doesn’t really care for it."

"But we have fun keeping it a surprise."

Hopefully if she’s been aware of the gender for a time now, she and Ben have been putting a lot of thought into the baby’s name.

What name goes with Spurgeon?

Is there a name in all of human civilization that goes with Spurgeon? Does it matter if two names go together, for that matter?

Michelle and Jim Bob certainly rode the "J" theme until the cows came home, coming up with 19 (!) names beginning with that letter.

Will Jessa also go with a theme? 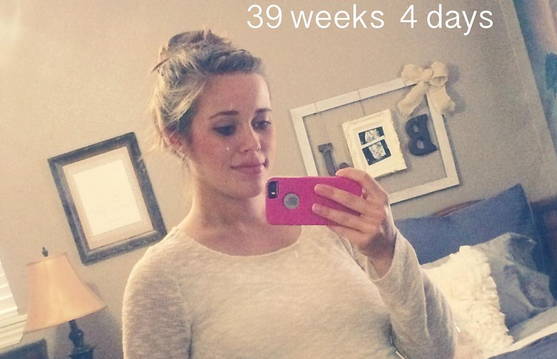 Baby Seewald #2 will mark the first time one of Jim Bob and Michelle’s kids other than Josh had a second kid of their own.

The patriarch and matriarch already have six grandchildren, and we’re guessing that they might reach triple digits one day.

A Hundred Duggars and Counting?

Regardless of what name they choose, best wishes to Jessa and Ben and their little family during this extra precious time!