If people grind her gears, she takes to Snapchat with a video about how she feels about them.

Talk about embracing technology and all that jazz.

When she’s not trashing people for talking s–t about her marriage, she’s defending her daughter, Brielle.

Many have taken issue with Brielle’s decision to get lip fillers and how she looks like a carbon copy of her mother.

Kim has been very vocal of her support for her daughter and even noted on one occasion that he daughter is an adult now.

She does make a solid argument. Brielle is 19-years-old, so her choices are her own and should not be compared to ones her mother has made.

The final straw for Kim came when she was reading Bravo TV social media pages and found comments of people trashing Brielle.

Kim got her makeup done and got her selfie camera on to have a go at the haters.

The angry mother captioned her vidoes, writing, “You best quit! U lowlife cyber bullies! It’s disgusting and you wonder why you got time to write comments cuz u have no life.”

It does make sense that Kim would want to defend her daughter, but it’s becoming increasing obvious thinks Snapchat is a place to go for a good rant.

“Oh hell no, you f**kers on Bravo TV under Brielle’s pictures writing comments. You’re f**king with the wrong one, honey – the wrong one.”

After that, she moved on to praise her own life and how she never got famous by being nasty.

“So you guys want to know how I’ve manifested this amazing life, and have an amazing husband, six healthy, beautiful children?"

"I’m a woman of my f**king word. I’m honest. I don’t have these blessings because I sit behind a computer screen and write nasty f**king comments about a 19 year old.”

However, Kim felt it was necessary to threaten the people writing trash about her daughter.

“I would love for all you f**kers to post your daughters on your page so I can tell you exactly what the f**k I think about her. Ok, you low-life pieces of s**t? Get off Bravo TV and stop talking s**t about my daughter and get a f**king life.”

She then made it abundantly clear that the adults are to blame for all the wrong in the world.

“Do you not see that you are the reason why this world is so f**ked up?” she asked.

"If my daughter wasn’t strong can you imagine what the f**k you would do to her with your comments?”

She wrapped up her rant in hilarious fashion, saying, “Now let me take my neck warmer off and get back to f**king work.”

Do you agree with Kim’s views? 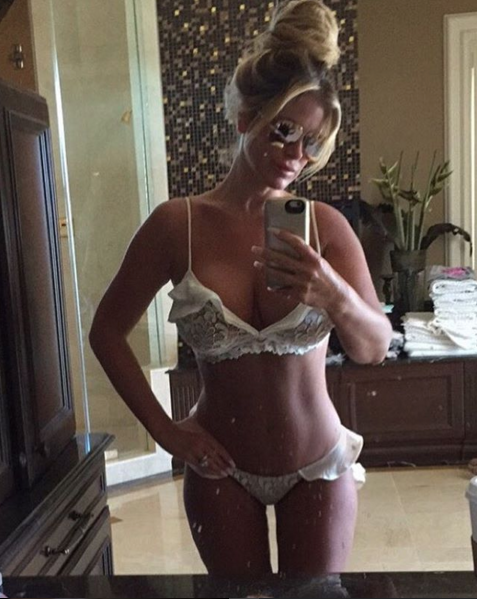