Mariah Carey finally made her highly anticipated appearance on the latest episode of Empire and it was pretty spectacular.

In true Mariah fashion, she was the star of the show.

Seriously, it was like part of her terms to appear was that she got to overshadow everyone else on the show.

Mariah played a musician named Kitty, who was tasked with helping Jamal with his PTSD. The dude is still struggling in the aftermath of Freda shooting him.

He knows that there was a method to Freda’s madness, but that is not going to help him get better.

With Cookie, scrambling to help her son get back to his former self, Jamal continued popping pills to bury his head in the sand.

When he eventually went to a support group, everyone knew who he was. How’s that for a PR disaster?

Wouldn’t it have made more sense for the Lyon clan to reveal what was going on with him from the get-go? There’s nothing worse than hiding things that get revealed.

Jamal finally decided the best thing to help him was to go see Freda, but this just caused more problems for him.

As much as he knows Freda had revenge in mind for finding out that Lucious was the one who had her father killed, he just could not stop reliving the moment he got shot.

He took the first step towards a recovery, but there’s still a long road ahead of him.

Meanwhile, Lucious was back to his old tricks and it made things completely awkward between Cookie and Angelo.

Angelo seems like a nice enough guy, but Lucious will not let anyone get in between him and Cookie. That’s why he tried to sign the young rapper from Angelo’s group.

He knew it would cause friction between Empire’s newest power couple, but I’m thankful Angelo believed that Cookie was innocent in all of it. It did show that Angelo may be a little too good to be true.

Everyone has secrets on primetime soaps, so it’s only a matter of time before we find out what the heck Angelo is really up to and it’s not going to be pretty.

Could you imagine if he was in cahoots with Tariq? That would destroy Cookie, but it would probably send her all the way back to Lucious.

Speaking of Tariq. What he did to Andre was pretty sick. Andre has lost everything in the last few weeks, so framing Andre for a crime he did not commit is just taking things a bit far.

It sure seems like the odds are stacked against Andre at this stage, but I’m hopeful he finds the way turn the tables over the next few episodes.

There’s only so much someone can take before they crack and there’s more chance of Andre being put in hospital than jail. He’s slowly, but surely losing his grip on reality and that’s why Tariq chose him as the scapegoat.

Can the writers give poor Andre a break after this storyline? He always seems to get the raw deal out of all the other characters.

Just look at Anika. She murdered Rhonda, lied about the sex of her baby and she’s sunning it up in the Lyon mansion with a big fat ring on her finger.

Anika went full crazy in Season 2, but I just can’t get on board with her being back to the Season 1 Anika. The writers destroyed her character in the space of a few episodes.

I get that Empire prides itself in being a shocking series, but Anika has acted so far out of character that it would not be shocking if it was revealed she had a split personality.

That said, I did like the way she laid down the law with Lucious, who needed to be brought back down to earth. Getting oral sex while talking to his wife was a low blow.

It’s time for Anika to start gaining from her little arrangement with the Lyons. She can’t just be left at the mansion like an old arm chair forever.

Lucious taking his sons to where they grew up was a bit much. He seems to think that he was the one to shield his children from growing up in a bad neighborhood, but he also seems to forget that Cookie’s sacrifice made it all possible.

Lucious going after the streaming deal just reminded me of Tidal. Next he’ll be doing press releases through the streaming service.

For now, we know it’s war between Lucious and Cookie and I can’t wait to see how it all plays out for them. 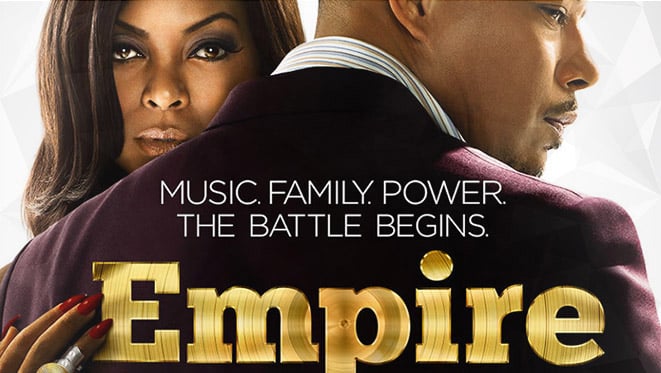