New details have emerged regarding Kim Kardashian getting robbed at gunpoint in Paris.

And they reinforce just how frightening of an experience this must have been for the reality star.

As previously detailed, Kardashian was bound and gagged in her Paris residence on Sunday night, as armed robbers broke in and stole numerous items of expensive jewelry.

A Paris judicial police official has confirmed that the Keeping Up With the Kardashians actress was tied up and locked in the bathroom as five assailants dressed as cops raided the property.

The criminals entered Kim’s luxury apartment block on Rue Tronchet in the 8th Arrondissement, which is close to the British Embassy in Paris.

At that time, they bound a male concierge and stuffed him in a cupboard in the stairwell of the building.

What about Kim’s bodyguard, who had come to the star’s rescue just a couple days before when she was attacked on the street?

Because Kim had gone to bed for the night, TMZ reports that he was protecting Kourtney Kardashian and Kendall Jenner at the time. (They were out and about, partying in Paris.)

The robbers proceeded to make their way up to the apartment purchased by Kanye West, where Kardashian had just hung up on a Facetime call with Rob Kardashian.

Two of the five men held Kim at gunpoint prior to tying her hands together and locking her in the bathroom.

Kardashian reportedly begged for her life, reminding the men that she had two young children at home, while they rifled through her apartment and eventually stole over $10 million worth of jewelry.

Parisian authorities think that most of the stolen jewelry (which included a ring and contents of a jewelry box) ​were from Kim’s​ personal collection, while some pieces had been borrowed for Paris Fashion Week.

After the men left the premises, Kardashian "broke out of her bindings and got out,” a source tells E! News.

This sourced added "thought they were for sure going to kill her."

After Kim called the police and word eventually got back to the United States, Kanye West told attendees at his concert in Queens that he had a "family emergency," leaving in the middle of a performance.

Here is footage of Kanye making that announcement:

Shortly after the incident, Kim as comforted by Kendall after she also heard what had happened to her sister.

Insiders tell People Magazine that Kardashian left her apartment in two vans with a police escort after she gave a statement to investigators.

She then flew out of Paris from Le Bourget airport on a private jet at approximately 9:30 a.m.

"She is badly shaken but physically unharmed," her rep has told the press.

It is unclear where three-year old North and nine-month-old son Saint were at the time of the crime.

But is it not believed they were in the residence. 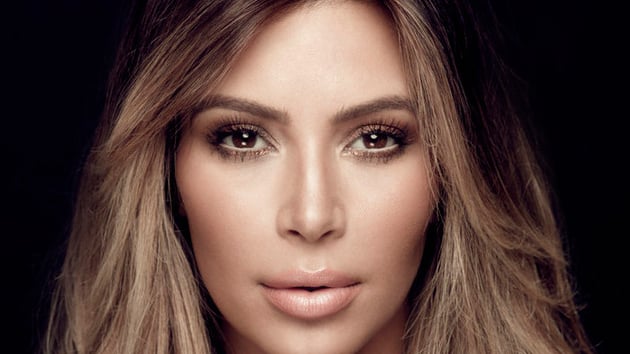 We make as much fun of Kim Kardashian as anyone, but we can’t imagine having been in this kind of situation.

She certainly did not deserve to be and we wish her the best.