Have you been thinking to yourself, “Man, there sure doesn’t seem to be a lot going on with the ladies from Teen Mom lately.”

Has Jenelle Evans’ latest pregnancy not been scandalous enough for you? Has Kailyn Lowry’s never-ending divorce been a little too tame for your taste?

Well, if you’ve been looking for a little more excitement in your Teen Mom gossip, then look no further.

Because Farrah Abraham and Amber Portwood just got into a damn brawl.

The Teen Mom OG ladies have been in L.A. this weekend to film the reunion show with Dr. Drew — you know the one.

According to an audience member who spoke to Real Mr. Housewife, Farrah started it.

Hold in your shock, and let’s get to the details.

“All was going well during the reunion,” the insider began.

“Farrah was taping her segment and Simon’s comments about other cast members came up.”

You know the comments we’re talking about here:

The ones that Simon’s made a few times now after the show airs, about how awful and ridiculous the other cast members are.

(As if he’s not dating the devil herself.)

“When Dr. Drew mentioned Simon had called Matt a pedophile, it seemed like he was heading in the direction of an apology, claiming it was all in fun.”

“However, Farrah piped in and said ‘well, he does kind of look like a pedophile.'”

And you know them’s fightin’ words.

At this point, the source states that “Amber stormed onstage and started yelling at Farrah.”

“Michael, Farrah’s dad, got out of his seat and got in between Farrah and Amber and was yelling at at Amber and calling her a bitch.”

“Then Matt came onstage and got in between Amber and Michael.”

The scene they’re describing sounds like this is a little less Teen Mom and a little more Jerry Springer, right? Or a lot more?

But hold on, you haven’t heard anything yet.

“Suddenly, things took a physical turn,” the insider went on.

“All that could be seen was that Michael seemed to put his hand on Matt’s throat and Michael went flying into the audience.”

“Farrah was yelling at Amber to punch her.”

As for the reactions of everyone else?

“The other cast members were trying to get onstage,” says the source, who must have loved their front-row seat.

“You could hear Maci screaming that she wanted to come on and was going to f-cking kill Farrah.”

Fortunately (or unfortunately, depending on your outlook), security wouldn’t let Maci by them, and they took Amber and Matt offstage.

That would bring an end to the fisticuffs, if not the bad blood; Farrah and Amber have had issues in the past, and it looks like they finally boiled over. 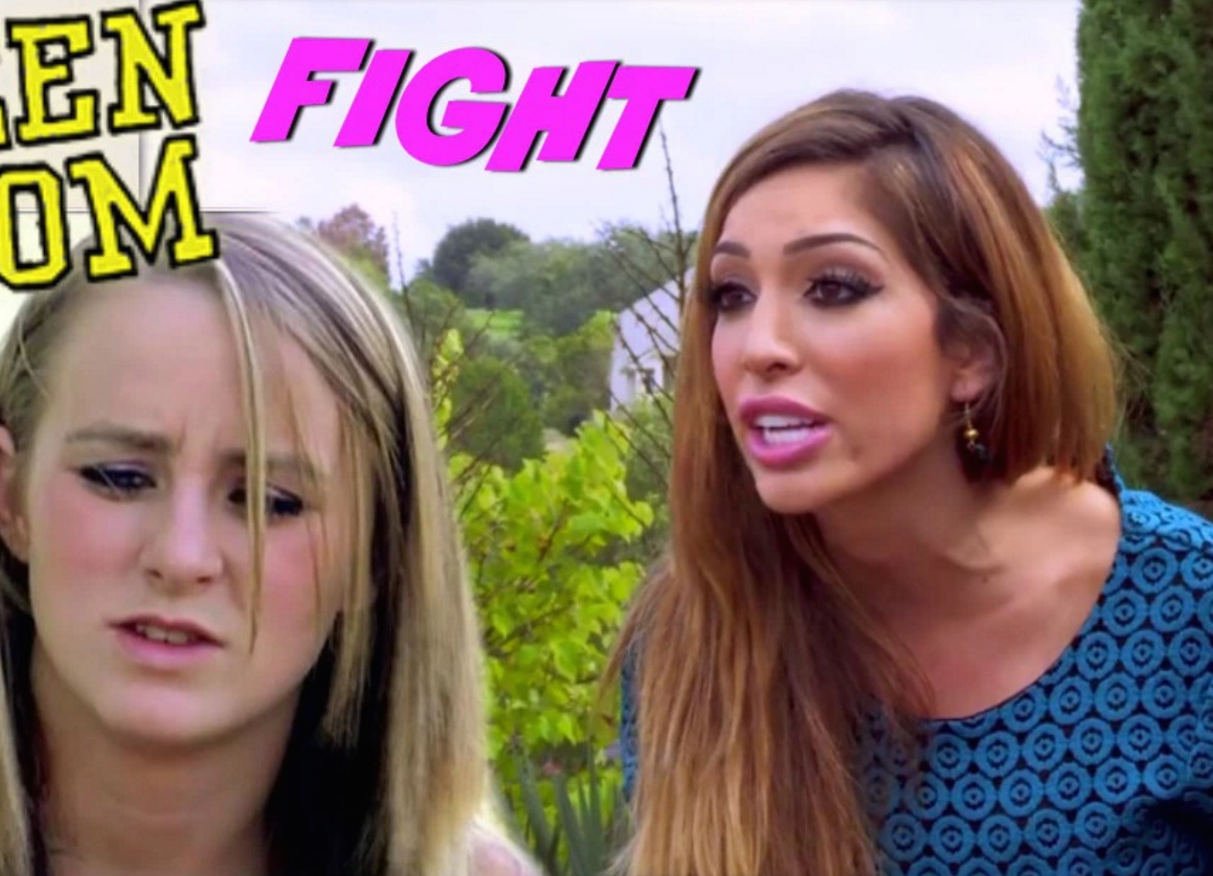 This all sounds absolutely insane, but damn. Just … damn.

You know we all watch Teen Mom OG online anyway, because come on, it’s a guilty pleasure … but when that reunion show airs?