If you watched the first 2016 presidential debate between Hillary Clinton and Donald Trump last night, you know that the evening was every bit as tense and contentious as we expected.

We’ve already fact-checked the claims made by both candidates (shocker: they both lied), but not surprisingly, tax plans and foreign policy are not dominating the discussion on social media this morning.

Everything from Trump’s persistent sniffles to Hillary’s fire engine-red pantsuit has trended during the past 12 hours, but in this case, the viewers can’t be blamed for focusing on the superficial.

The candidates frequently ignored substantive questions from moderator Lester Holt in order to attack their opponent or sing their own praises.

NBC political commentator Chuck Todd estimated that Trump and Clinton spent a combined 75 minutes talking about their own achievements or hurling invective at one another.

Things got ugly before either candidate even took the stage, with Trump threatening to invite Gennifer Flowers to sit in the front row in hopes of rattling Clinton.

Flowers, of course, is the 66-year-old former model who came forward during Bill Clinton’s 1992 presidential campaign claiming that she had carried on a 12-year-affair with the then-Arkansas governor.

Trump withdrew his invitation to Flowers, but that didn’t stop him from hinting at a big revelation regarding Bill’s well-publicized infidelities while talking to the media last night.

"I was going to say something extremely rough to Hillary, to her family," Trump said during the debate.

"And I said to myself I can’t do it. I just can’t do it. It’s inappropriate, it’s not nice. But she’s spent hundreds of millions of dollars on negative ads on me."

"It’s not nice and I don’t deserve that. But it’s certainly not a nice thing that she’s done."

Asked in the spin room what he meant by those comments, Trump played it coy, but seemed to suggest he had obtained new information regarding Clinton’s extramarital affairs.

"Everything I wanted to say I got out except for the transgressions of Bill," he told reporters.

"I’m very happy that I was able to hold back on the indiscretions with respect to Bill Clinton because I have a lot of respect for Chelsea Clinton and I just didn’t want to say what I was going to say."

"I’ll tell you maybe at the next debate, we’ll see." 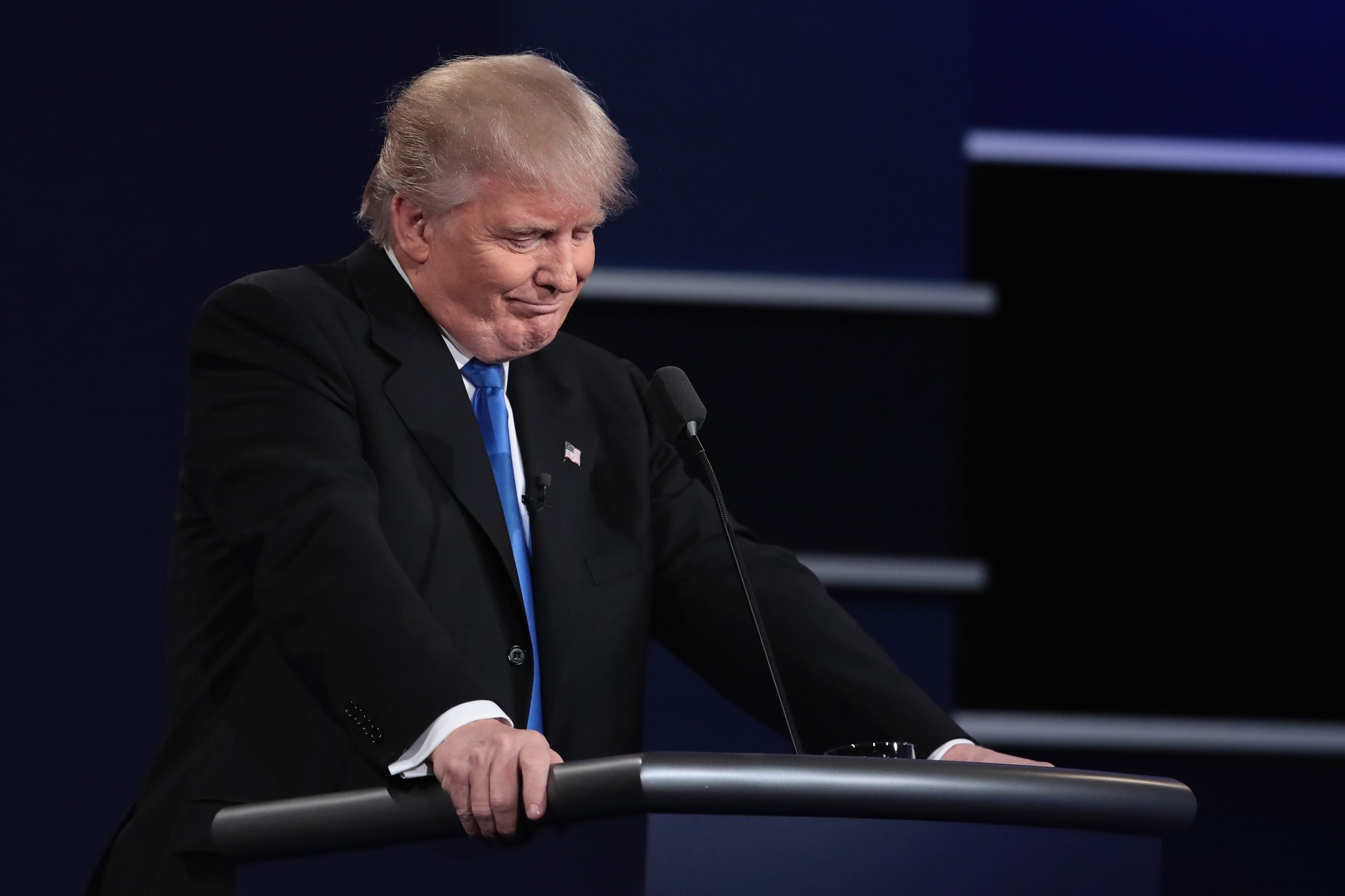 According to pollster Nate Silver, a majority of Americans believe Clinton was the more impressive candidate last night, which means Trump will be likely be in attack mode when the presidential hopefuls square off again on October 9.

If Trump really is sitting on damaging information regarding Bill Clinton’s recent "transgressions," you can bet that he’ll happily unleash it on an unsuspecting Hillary.