Oksana Grigorieva was originally supposed to receive $15 million in her settlement with Mel Gibson, but will only be getting 1/60 of that.

Yes, one-sixtieth. She has only herself to blame, too.

The Russian model and mother to the one-time couple’s six-year-old daughter, Lucia, will only receive $250,000 from the Oscar winner.

Domestic abuse claims she made in an interview on The Howard Stern Show in 2013 cost her $14,750,000, according to court documents.

Gibson pleaded no contest to a misdemeanor charge of battery (saving him jail time), originally agreeing to a custody settlement of $15 million.

The only stipulation was a big one, and clear:

If Grigorieva vowed not to release damning information about the actor and director to the public, then she would receive that amount.

Oksana told police just months later that Gibson had punched her as well as threatened her life and brandished a gun around Lucia.

In a series of disturbing audio recordings, the actor sounded deranged as he told her she “deserved” the assault he allegedly committed.

He added that he would “bury” her and burn down her residence, as well as the fact that she sucks at music and various other insults.

It was bad. Very bad. But it cost her too.

After a year of legal wrangling, they settled on a much more modest $750,000, which Gibson agreed to dole out to her in three installments.

The judge warned her not to speak publicly about the case or any of the allegations against Mel, or that settlement would be void as well.

Thus, Grigorieva will only receive 1/60 of the original $15 million she left on the table, thanks to leaking the tapes and talking to Stern. 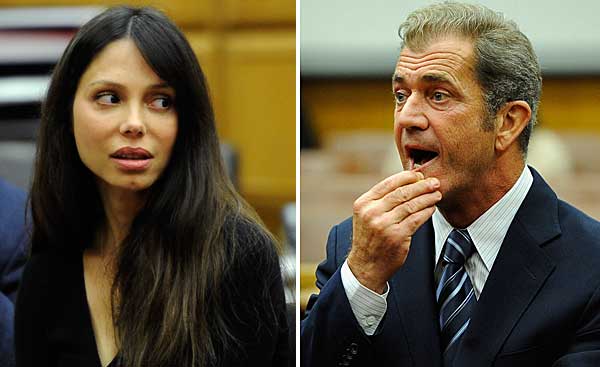