Meghan McCain rose to national prominence back in 2008 when her father, longtime Arizona senator John McCain, faced off with Barack Obama as the GOP’s presidential nominee.

Obviously, Senator McCain lost the election, but his daughter has held her place in the national spotlight as an analyst for Fox News.

And unlike some scions of well-known political figures (We’re looking at you, Bristol Palin!) Meghan has earned the respect of those in her party with her impassioned, articulate defenses of old school fiscal conservatism, as well as her more moderate stances on social issues.

So obviously, given her alignment, Meghan is no fan of the GOP’s current nominee, Donald Trump, who has next to nothing in common with traditional conservatives or moderates of any stripe.

In fact, just hours before Trump took the stage at the RNC to accept his party’s nomination last night, McCain blasted the candidate in a candid interview with People magazine.

She added that she openly wept when the real estate mogul clinched the nomination.

Of course, her feelings may have something to do with the fact that Trump blasted her father early in his campaign, claiming that the former POW was “not a war hero” because he was captured.

So will Meghan’s distaste for Trump lead her to pull the lever for Hillary Clinton in November?

Don’t count on it:

“This is a garbage election with two garbage candidates and America deserves a lot better than this,” McCain told People.

But Meghan won’t be joining Ted Cruz and many other GOP faithful who will exercise their right to simply stay home this Election Day.

“I’m writing in a candidate,” she said.

We’re guessing she won’t be alone. 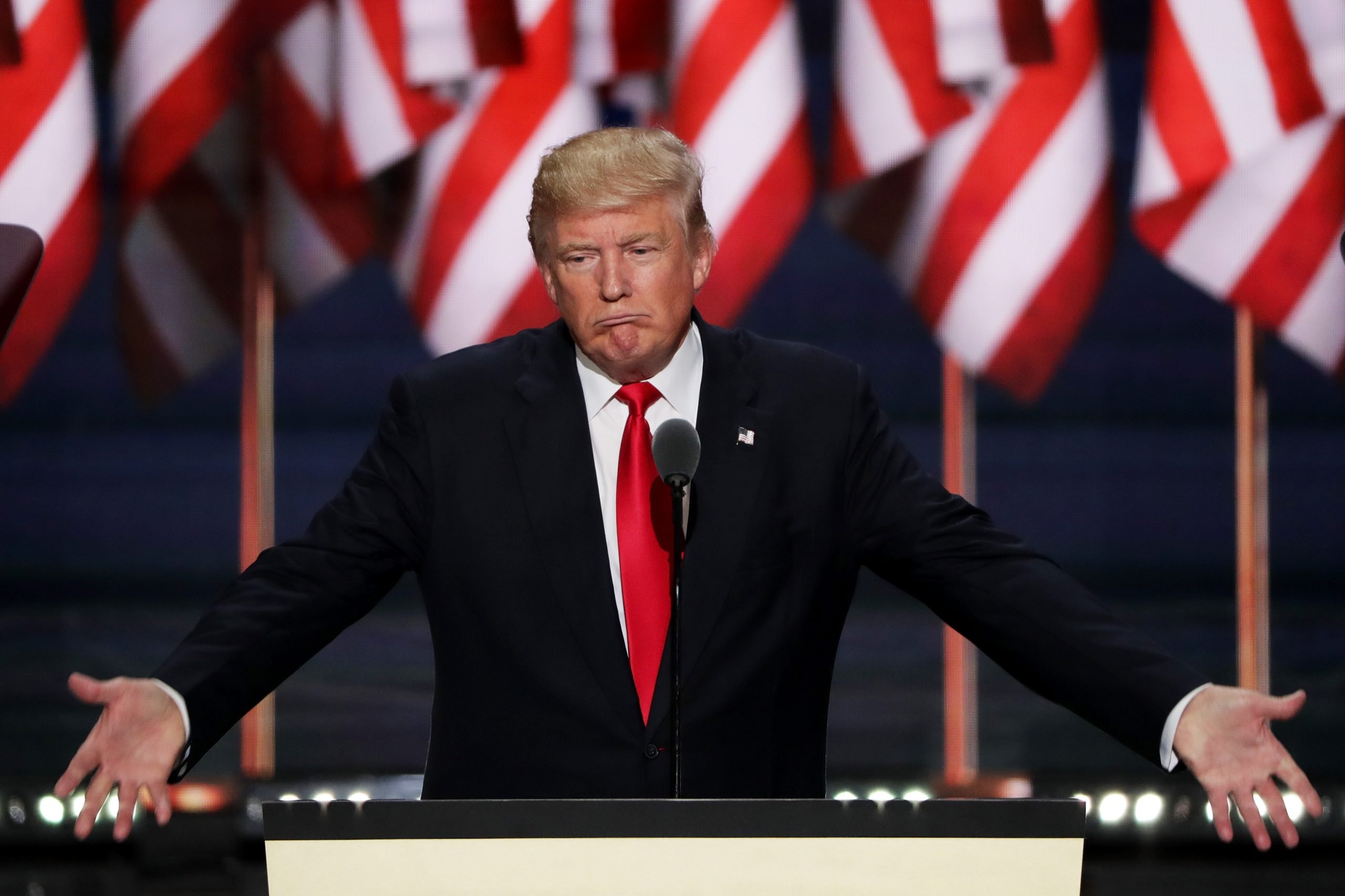 Donald Trump RNC Speech: What Did He Say?