These days, it seems hardly a week goes by without the Duggar family being embroiled in some sort of controversy.

Often, the complaints from fans and detractors are legitimate.

We won’t even bother to rehash the many ugly chapters of the Josh Duggar sex scandals, but beyond that, Duggar critics often have a point.

Plenty of other times, however, the so-called "controversy" amounts to nothing more than a classic case of manufactured Internet outrage.

The latest kerfuffle – having to do with the above photo of baby Israel that was posted by Derick Dillard – seems to be somewhere in between.

We’d say it leans closer to the latter category. But you tell us:

In anticipation of the Oklahoma State University football season (It’s still July, Der! Chill!) Dillard posted the above picture of his son.

"Only 45 days til some OSU cowboy football starts! Go Pokes!"

Fans (if we can even use that term, maybe haters is better) saw two causes for complaint, both of which smacked of serious nit-picking. 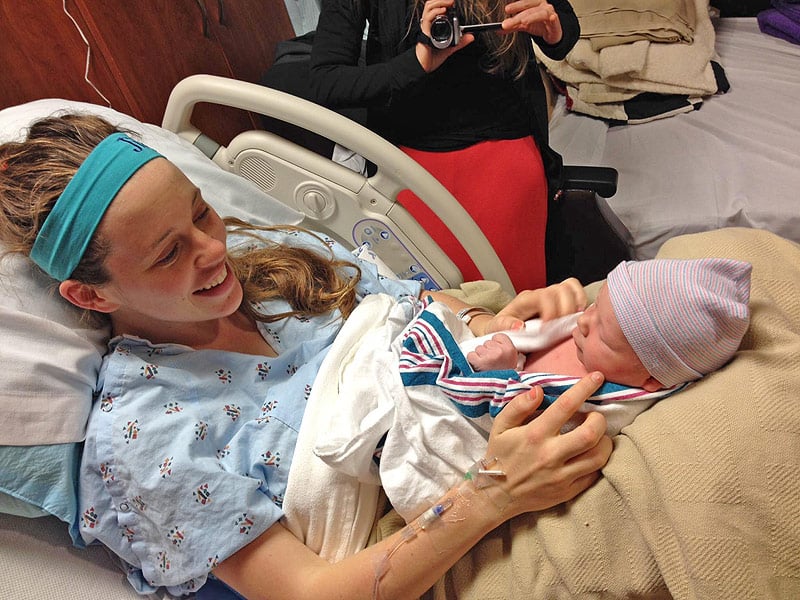 For one, there was baby Izzy’s hand gesture and Derick’s caption, which some believed to be insensitive in the wake of recent gun violence.

Far be it for us to defend anyone in the Duggar clan (even if they happen to be a Dillard), but Pistol Pete has been the OSU mascot for decades.

It’s not like he put an actual gun in the kid’s hand; Derick is clearly just hyped about football season and having a son to share it with.

In that respect, aren’t we all Derick Dillard?!

The other complaint is almost, but not quite as baffling, as several fans took issue with the placement of the straps on Israel’s car seat:

The whole thing was reminiscent of the time Jinger Duggar was criticized for failing to properly secure Josh and Anna’s 4-year-old son.

Thankfully, in both cases, someone pointed out that there was no proof that the car was actually in motion at the time the photo was taken.

Even if he weren’t strapped in tightly enough, they could simply have secured Izzy better after he took the photo but before they drove off.

So let’s dial down the online vitriol, K?