Can you really buy friends? As in literally?

That was the question of the hour last night on an all-new episode of The Real Housewives of Potomac … but what was the answer?

Yes, Ashley treated her new friends with a trip to her Delaware beach house on The Real Housewives of Potomac Season 1 Episode 6.

LOL. As you can probably imagine if you watch The Real Housewives of Potomac online, there’s essentially no show if there’s no drama.

As such, the trip to the shore delivered.

To say that the big beach escape didn’t check all the boxes for the rest of the girls from the D.C. suburbs would be a fairly safe statement.

Meanwhile, Katie struggled to gain support for her most recent venture, which escalated into some tension that was pretty surprising.

Elsewhere, Charisse attempted to convince the ladies to reveal their deepest, darkest secrets … not prodded by the producers WHATSOEVER.

What did we learn from that exercise?

We won’t give it away here, but follow the links above to find out, and tell us what you think of Bravo’s latest Housewives series thus far! 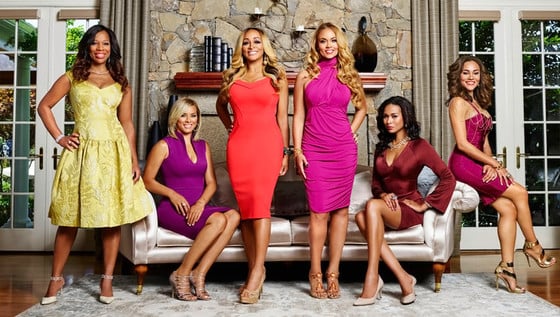 The Real Housewives of Potomac: Meet the Cast!