There may have been some ups along the way, but as of yesterday, Taylor Swift and Calvin Harris have been dating for one full year.

Since romantic milestones are like oxygen to Taylor, it’s not surprising that she and Calvin marked the occasion on Snapchat and Instagram and CaylorBook, which is a social network that the couple designed for the sole purpose of celebrating their anniversaries.

Okay, we may have made that last part up, but as you can see from the photo and video above, Taylor couldn’t be more into the special occasion if Calvin’s present was John Mayer and Harry Styles fighting to the death for her amusement.

In addition to the "one-year cake," Calvin gifted Taylor with the locket on the right, which she posted on Instagram and captioned, "One year down!" which might be the most depressing anniversary comment in history.

Weird existential angst aside, we’re sure Taylor is super psyched to still be with her dude, and we’re guessing another round of Swift-Harris engagement rumors will start making the rounds any day now.

Looks like these two could really be in it for the long haul. Here’s hoping Calvin can stay away from those happy ending massage parlors!

Us not mentioning that probably would’ve been a nice anniversary present, but what are ya gonna do? 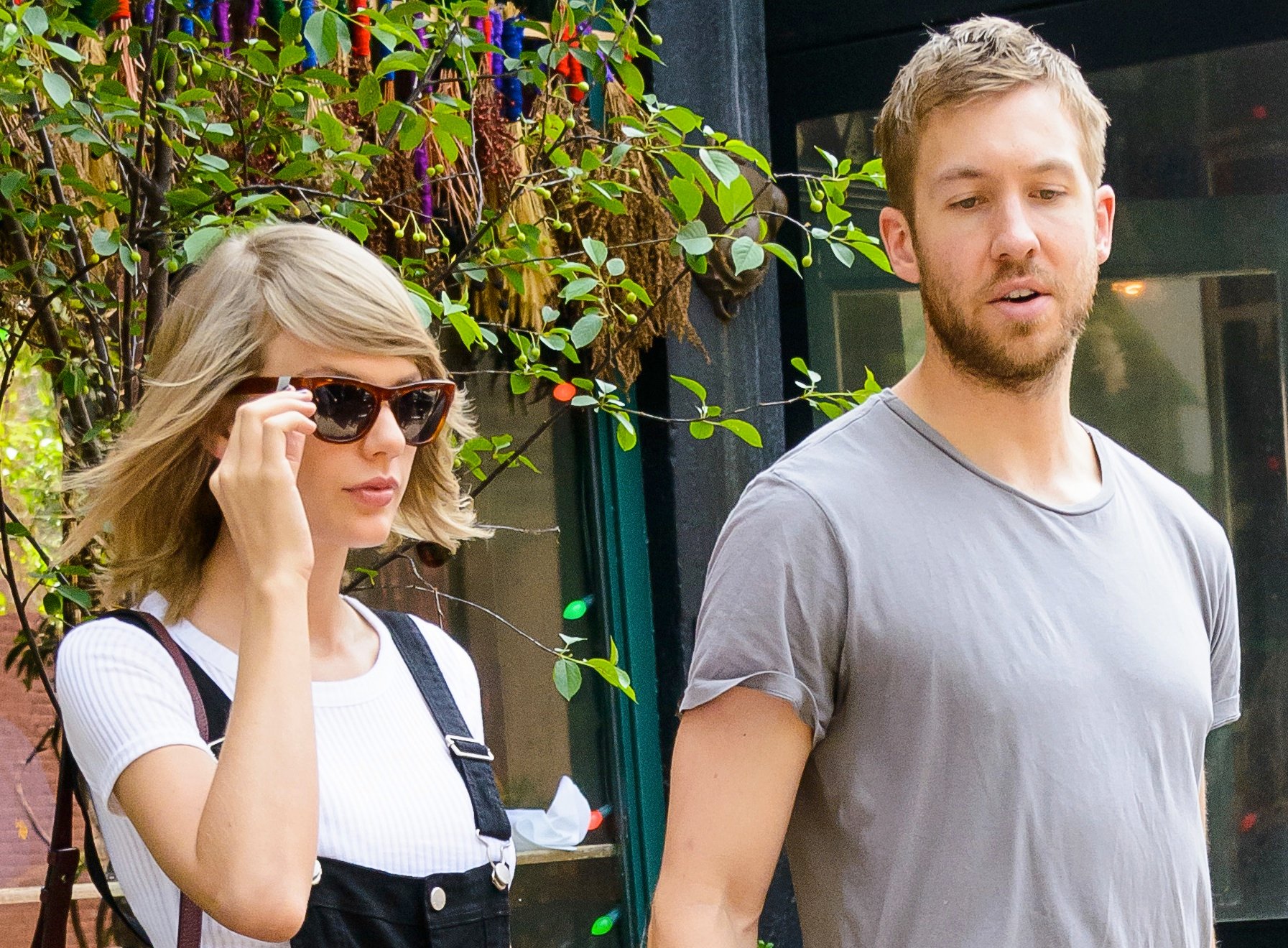