While being honored by the editors of the Harvard Lampoon on Friday night, Jimmy Fallon tripped while holding a bottle of Jagermeister, badly injuring his right hand.

Fallon was treated at Massachusetts General Hospital, but returned to the party shortly thereafter:

"[The accident] was all part of the celebration in the street and some random girl kneeled down in front of him abruptly as he was turning around and he tripped over her because he didn’t see her," one attendee told People.

As fans of his show know, this far from Fallon’s first bizarre injury.

Back in June, Jimmy Fallon nearly lost a finger after a freak accident in which he caught his wedding ring on the corner of a table. In August, he chipped his tooth while attempting to open a scar tissue repair gel.

In 2013, the comedian sliced his hand while making salsa at home and was forced to wear a bandage for several weeks.

Naturally, Fallon’s string of injuries has led to speculation that he’s partying too hard in his downtime.

On his Comedy Central show last week, comedian Daniel Tosh referred to Fallon as a "drunk." Earlier this month, Tosh joked that he’d like to "buy that drunk a drink" during a conversation about Fallon.

Obviously, Tosh’s assessment isn’t necessarily accurate, but as the Bill Cosby scandal demonstrated, comedians belong to an insular community and tend to be aware of one another’s darkest secrets long before they’re made public.

The only comparison to be made Cosby and Fallon’s behavior is that both were the subject of jokes long before fans began to express genuine concern, and it’s possible that in Fallon’s case there’s no need to worry and a few of his colleagues are just poking fun at the beloved host’s accident prone ways.

But every time Jimmy suffers an injury, the rumblings on social media about his penchant for heavy drinking and dangerous behavior grow louder.

At this time, the rumors of his hard partying remain unconfirmed, but especially since Fallon is a father now, we hope the guy really is just a walking Three Stooges routine with the unluckiest hands on the planet. 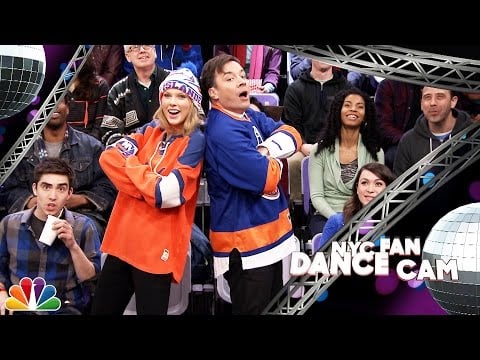