The Voice Season 8 has already introduced viewers to the latest crop of aspiring singing sensations pining for a spot on the NBC stage this spring.

They’ve gotten at least one chair to turn around. Now the hard part starts.

The first of the Battle Round performances took place Monday night, and it’s win or go home (or get stolen by another coach after the fact) time.

We break the battles down for you right here and now …

Mia Z vs. Ashley Morgan (Team Pharrell). This duet on “Put the Gun Down” left Pharrell in a tough spot, as it was among the best battle rounds ever.

That’s right, ever, in eight seasons full of them.

Mia’s power, passion and presence got the nod from her coach, but Ashley, being equally flawless, was snapped up by Christina in a heartbeat.

Relatively speaking, it was an easy call.

Joshua Davis vs. Brian Johnson (Team Blake). Another brutal one for the coach, following their joint rendition of “Knockin’ on Heaven’s Door.”

Josh lost, which was actually a bit of a surprise, and made us thankful for the steal concept which Adam used to a T and kept his hopes alive.

Brian’s got game, no doubt, but he might not have been the best singer in this battle. It will be interesting to see if Blake regrets this one down the line.

What do you think? Did the right singers advance?

For a look at who else will be throwing down soon, here’s a look at the most memorable Blind Auditions this season, including a few from last night: 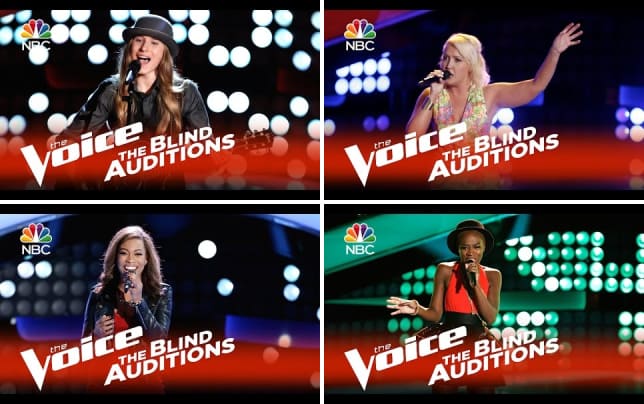