The 911 call placed before Hope Solo’s domestic violence arrest last weekend has been released, and the guy who made it was clearly concerned for his safety.

Solo, he told the operator, is "f–king beating people up!"

The Hope Solo 911 call was made early Saturday morning when the U.S. national soccer goalie allegedly attacked her half-sister and her nephew, 17.

"Hope Solo is going psychotic," the caller pleads, apparently under siege from the 32-year-old athlete. "She’s f–king beating people up! We need help!"

Police raced to her sister’s home outside Seattle and found the sister and nephew with visible injuries; subsequently, Hope was arrested for domestic violence.

Her nephew told TMZ that Solo drunkenly came at him for basically no reason and he pulled a gun (the mom says it was a BB gun) on her to make it stop.

To no avail, the kid says, as Hope – who was also part of a domestic incident with now-husband Jerramy Stevens in 2012 – circled him like a shark.

Monday in court, Solo pleaded not guilty and claims she’s the real victim in this. It’s unclear how she figures that, as she has yet to explain her side.

Either way, it’s a good thing someone called 911 and broke this melee up. For other memorable 911 calls that did not need to be made … see below: 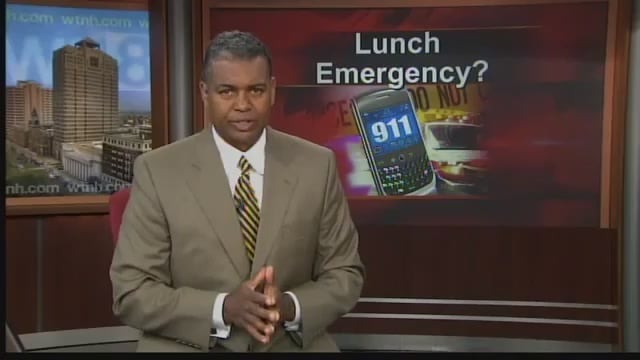 911 Calls That Never Should Have Been Made