We have all been asking if Florian Sukaj cheated on Stacey Silva … and the answer is looking grim.

In this teaser for Darcey and Stacey, seeking answers only leads Stacey to heartbreak.

Florian has moved from Albania to Connecticut.

His goal was to be with Stacey.

The way that this coincided with the COVID-19 pandemic means that, well, he’s not exactly going anywhere any time soon.

However, that is not to say that things have been smooth sailing for Florian and Stacey.

No one in her family trusts Florian.

Especially after the found photos of Florian with another woman on social media.

Even her father was initially skeptical of the photos, figuring that their must be an explanation if he’s posting them.

But when Darcey explained to him that no, the woman posted the cozy looking pics, he faltered.

Everyone wants answers — and Darcey wants to look out for her twin.

So, in this teaser for the rest of the season, Darcey reaches out to this woman over FaceTime.

"This is becoming a very, very draining situation," she admits.

Darcey continues: "And I just want to know what happened."

"Just keep it simple, honey," Darcey asks of the woman at one point.

At this line, the woman hits back: "I am not your honey, OK?"

"And," the woman declares, "it’s not my fault that Florian’s sugar want to taste my honey."

Darcey is shocked, and asks: "Sugar?"

The woman’s metaphor is an odd one, but everyone understands her meaning — including Darcey.

Whether Florian sealed the deal or not is unclear, but it seems obvious that the woman is claiming that he wanted to bone her.

Stacey can be seen breaking down over this situation.

"What is happening right now?" she asks her twin through sobs.

Stacey confesses: "I want to believe him."

Of course, it’s no surprise to anyone that Stacey is not the only Silva twin having trouble with her hunky boy toy.

"I’m too old to have to be worrying about other bitches," Darcey expresses to Georgi.

In turn, he expresses frustration and clearly doesn’t want to talk about this anymore.

It’s then Darcey’s turn to have a breakdown in Stacey’s arms.

These trust issues betwen her and Georgi aren’t going away any time soon.

And Darcey looks to the future … and things are looking uncertain or even bleak.

It is hard to look forward to that when there is nothing but drama.

Towards the end of the teaser, Darcey tells the camera that she has been harboring a huge and possibly dark secret.

"There’s one thing that’s come to the surface being in quarantine with Georgi," Darcey confesses to the cameras.

She admits: "I haven’t said anything to anybody — not even you guys." The teaser does not divulge Darcey’s secret, so we’ll have to watch to find out, and you’ll have to keep up with THG‘s coverage. 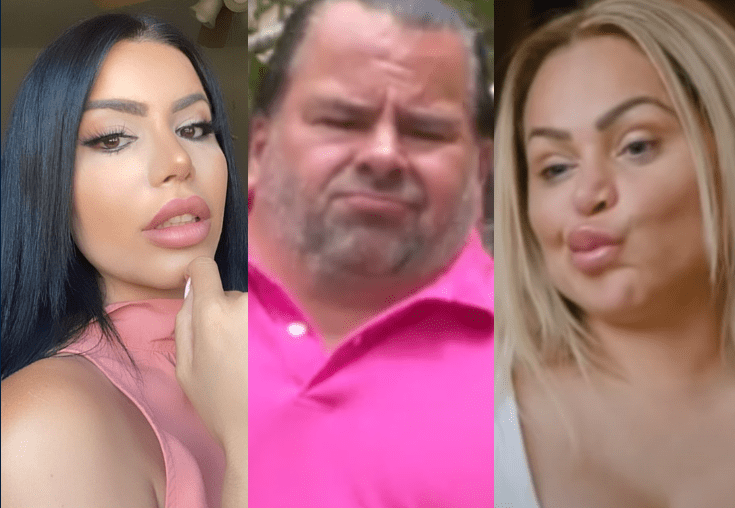 Is 90 Day Fiance Real or Fake?