Rachel Lindsay understands why so many people are so excited that she’s been chosen as the new Bachelorette.

She isn’t dumb. She isn’t blind. And she isn’t ignorant.

When Season 13 of this ABC franchise kicks off in the spring, Lindsay will become the first African-American to ever anchor either The Bachelorette or The Bachelor.

That’s pretty cool. That’s something to make a big deal over.

But it’s also something Lindsay sort of hopes stops being the sole focus on everything she does and says over the next several months. 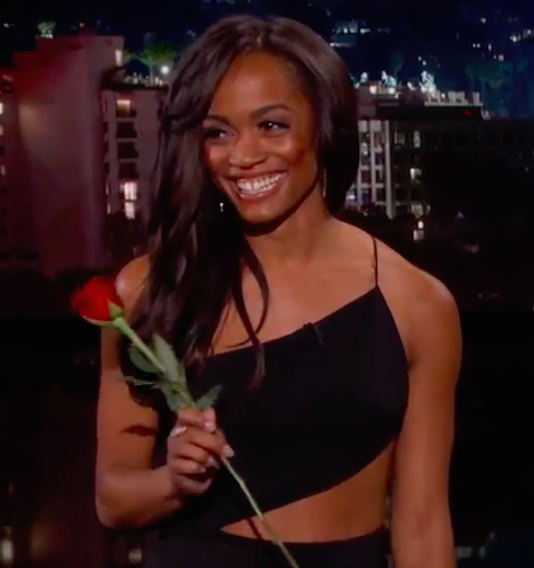 Rachel Lindsay: Get to Know The Bachelorette!

“I’m honored to have this opportunity and to represent myself as an African American woman,” she told Michael Strahan on Good Morning America, adding:

“I just hope that people rally behind me … and just realize that I’m just trying to find love, and even though I’m an African American woman, it’s no different than any other Bachelorette.”

That’s not entirely true, however.

Lindsay is older than most previous Bachelorette stars at 31 years of age.

She’s also a lawyer in Dallas and, to be honest, seems far more grounded, intelligent and normal than other women who have appeared on this series.

Lindsay was asked, for example, about the pretty terrible track record of long-lasting relationships on the program.

And she didn’t spout some cliche about love or make it sound like she was determined to find her Prince Charming. She simply replied as follows:

"I just like to keep it 100 and keep it real. I figure if I just stay true to myself, it’ll be a successful show.”

Are you excited to see her in action? VOTE NOW and watch her full Good Morning America interview below: