Even after using her daughter Sophia to rake in Christmas cash, Farrah has only begun to milk the holiday season for all that it’s worth.

This time, she’s stirring up controversy by decorating her tree in only lingerie. Is it sacriledge? Is it just plain tasteless?

Farrah put up a polarizing video on Instagram, and it’s just barely Instagram-appropriate.

She makes a show of miming decorating the (deeply bland, soulless) tree while jingles play in the background.

Is Christmas the right holiday for being "sexy" in the living room? Fans sure don’t think so.

Those who follow her antics both on and off of reality television would beg to differ. And so would the landlords to whom she allegedly owes money.

Farrah asked her followers: "What do you want from Santa this year?"

"P.S cheers to all the moms out there who spread holiday joy," she wrote in a post-script.

No word on her wishes towards non-hot moms, who apparently can just choke for all that she cares.

Another remarks that Farrah’s comically staged video is "Absolutely sad."

"That is not Christmas," another asserts.

As you can see, a number of commenters took less issue with the lingerie on its own and more with the context of it.

"You have got to be kidding me," exclaims a furious follower.

"Putting up a Christmas tree is supposed to be a nice, family bonding experience," the same commenter asserts.

The critic continues: "Not only is this AWFUL, but please tell me Sophia isn’t witnessing this."

That is a very fair question. A lot of people have concerns that Farrah is not guiding Sophia down the right path.

We want to be clear that there is of course nothing wrong with lingerie. There is, however, something a little off about Farrah.

The tree that she is pretending to decorate looks like it was made on an assembly line to look as generic as possible.

This could not more clearly be an attempt by Farrah to get her name into headlines. And you know what? It’s working.

Is this sacrilege? We’re definitely not the arbiters of that sort of discussion, but we can at least explore the topic.

For example, some might defend Farrah, saying that Christmas is so widespread in American culture that it’s basically a secular holiday.

Folks, it’s not. Non-religious households celebrating something so pervasive in the culture doesn’t make a religious holiday secular.

Similarly, that many of the trappings of Christmas were appropriated from other faiths and cultures also does not make it secular.

Christianity has so many different people and views within it that it’s hard to declare something as sacriligious with any real meaning.

That said, Farrah’s sporting lingerie while setting up the tree clearly rubbed some people the wrong way.

Their offended feelings are valid, even if not everyone feels the same way.

Perhaps, if Farrah were a better person or if this weren’t such a calculated ploy for attention, people wouldn’t mind so much. 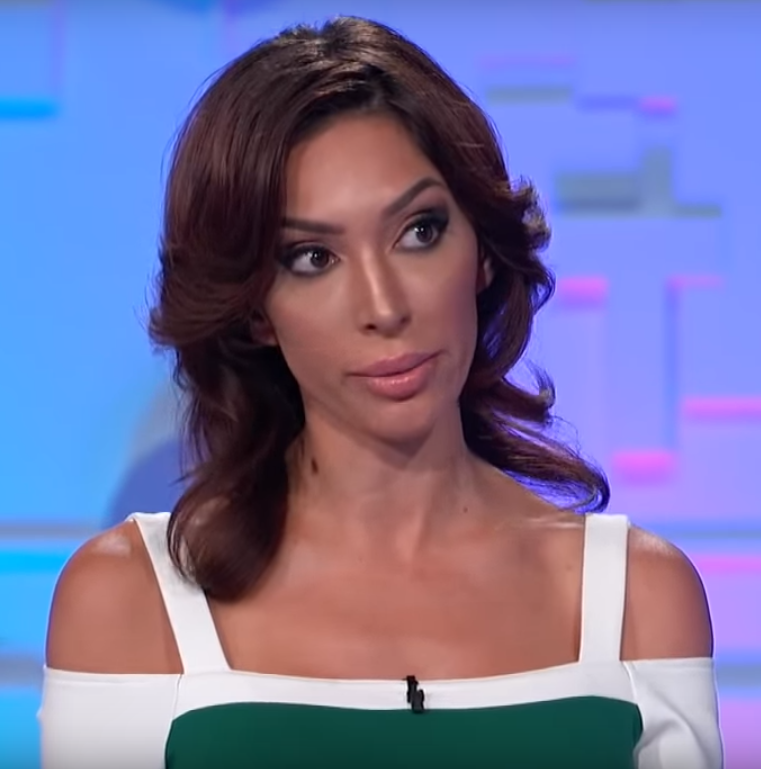 Farrah Abraham: Being a Celebrity is Just as Hard as Having Cancer!