Aly Raisman has abs of steel.

This was proven to the public in a recent photo with fellow U.S. gymnasts Simon Biles and Madison Kocian that went viral.

Take a look at it for yourself:

What Aly Raisman does NOT have, however, is a boyfriend.

But Oakland Raiders tight end Colton Underwood is hoping to change this fact.

Raisman, who won a Gold Medal and two Silver Medals this summer at the Rio Olympics, was doing a Yahoo Spots video segment on Monday when Underwood popped up on screen with a question.

“Just want to congratulate you on all your success in the competitions and representing the U.S.A. over there. I know I’ve been following along. My roommates, my teammates, everybody here is super proud of you,” Underwood says in the clip.

A teammate of Andrew East, who is married to former Olympian Shawn Johnson, Underwood then added the kicker::

"You know, if you’re ever in San Jose and want to go on a double date with me and Andrew and Shawn, let me know."

How did Raisman handle being asked out in very public fashion?

With the same calmness that helped her achieve incredible Olympic success.

"They’ve told me about him before. He’s very cute,” she said with a smile. "I would go on a date with him.”

She later said that “Shawn and Nastia [Liukin] fight over who’s going to find me a boyfriend first," adorably showing no shame over her single status.

After accepting the date invitation from Underwood, the gymnast and professional football player went ahead and exchanged messages on Twitter.

Raisman wrote: “@Colt3FIVE thanks for the sweet video…. Looking forward to meeting you :).”

The baller respoded: “Anytime! Looking forward to meeting you too. Safe travels back, see you soon!” 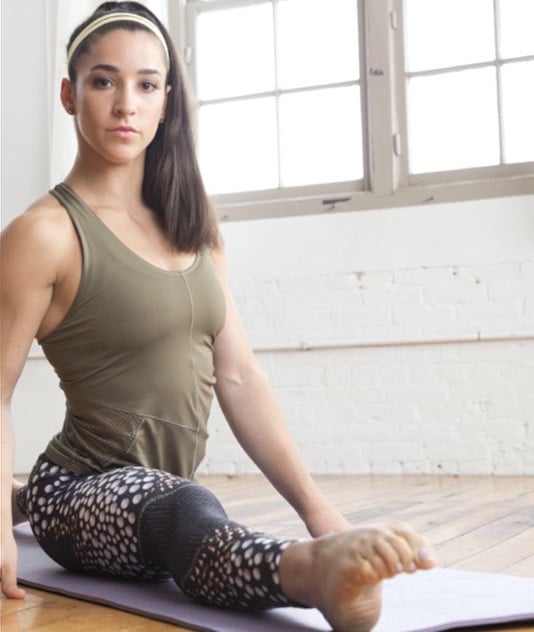 Going forward, meanwhile, the popular, Gold Medal-winning U.S. gymnastics team will be hitting the road for the 36-city Kellogg’s Tour of Gymnastics.

We look forward to social media photos of their date!

Check out Underwood asking Raisman out in the footage below: