We have a winner.

It’s just not the winner anyone or any outlet had previously anticipated.

On Wednesday, following reports that the next Bachelor lead will come from the array of suitors about to compete for Michelle Young’s heart this fall on The Bachelorette, Variety confirmed the followiing:

Clayton Echard has landed the gig!

This seemingly reliable update comes after E! News published photos from the set of a promotional shoot for next year’s Bachelor season.

These photos were snapped in Missouri… and Clayton Echard hails from Missouri… and this website joined Variety in writing that he is almost assuredly a lock for the role in 2022.

Echard will be introduced to viewers as a suitor on the upcoming season of The Bachelorette.

However, his biography has already been released by ABC – and this is what we can verify about the aspiring husband:

Echard is a former college footballl player (just like Matt James), who even signed as an undrafted rookie with the Seattle Seahawks.

The ex-tight end refers to himself as a “washed-up athlete now trying his luck in orthopaedic sales,” according to his Instagram bio.

Which is simply amazing.

We know, of course, that he’s set to vie for Young’s heart later this year on ABC – and that he won’t be selected as her fiance in the end.

But – The Bachelorette Spoilers Alert, we guess – it’s safe to assume Echard advances pretty far or else producers would not have selected him for this job.

This marks a first for the franchise.

Never before has the network aired two seasons of The Bachelorette in one calendar year; and, as a result, never before have we known ahead of the premiere just which contestant would ba named the brand new Bachelor.

To be clear, neither ABC nor Warner Bros. has confirmed this Clayton Echard.

However, filming is complete for Young and we feel extremely confident in this report.

Prior to this Bachelor bombshell, there was chatter that Greg Grippo would be searching for a wife on national television in 2022.

This, despite Grippo gaslighting Katie Thurston and making a selfish fool out of himself toward the end of the previous Bachelorette season by yelling and screaming and then straight up quitting.

There had also been informal votes on social media for past contestants Andrew Spencer and Michael Allio.

Heck, Tyler Cameron (below) is now single and many fans were hoping to see him again on their small screen.

Before settling on Echard, sources tell Variety the network had met with other suitors from Thurston’s season and also the current of Bachelor in Paradise.

The future star, meanwhile, loves the outdoors and exercising, explaining via his LinkedIn bio:

“When I am not spending time in the OR, working on my MBA and/or working out, I enjoy hiking and biking on the nature trails around the Columbia area.

"I make it my duty to emphasize living a healthy lifestyle, therefore I exercise daily and am in the process of learning to cook healthy meals that also surprisingly have flavor!” 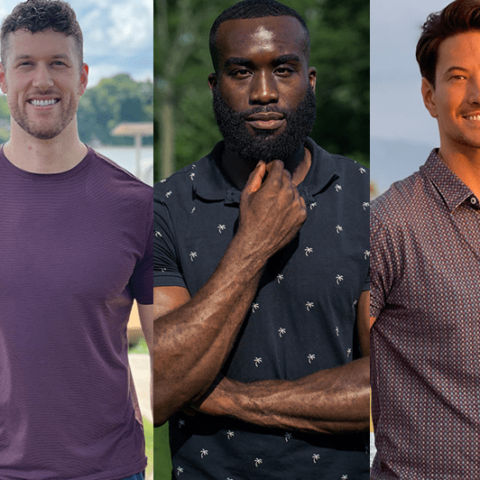 Finally, he has two brothers… and one fine looking body!

Check out photos of Clayton Echard above and then sound off:

What do you think of the next Bachelor?

Did ABC hit a home run? Or, to be more accurate in this case, did it score a touchdown?